Royston Golf Club plays on a golf course first laid out (unofficially) by others on Therfield Heath in 1869. Royston is not only an old 18-hole golf course, but is a historic golf site, where the first English golfer, George Villiers, 1st Earl of Buckingham, played and where King James VI/I and his sons may well have played. 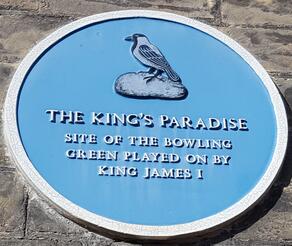 Golf at Royston goes back to 1624 (and possibly up to two decades earlier), when King James VI/I selected Royston to build his hunting lodge, turning Royston into the Falkland Palace of the south. Two centuries later, two Cambridge students laid out the first 18-hole golf course outside Scotland on Therfield Heath and that area is still played today.

The two students who laid out the first Royston course were Andrew Murray and George Gosset. Andrew Graham Murray matriculated at Trinity College, Cambridge in 1867 and he later became a prominent lawyer, MP and 1st Viscount Dunedin. However, he is better known at Cambridge as the first person to ride a 'penny-farthing' bicycle there.  George Gosset was the son of Rev IH Gosset who introduced golf at Westward Ho!. George had matriculated a year before Andrew Murray but spent a decade there on various studies, becoming a doctor and later a member of several prominent golf clubs.

In 1869, they and their fellow Cambridge golfers were in need of a course and they selected Therfield Heath at Royston as the best prospect in the whole region because of is underlying chalk foundation, which gives it the quality of an excellent links course. The duo apparently arrived with their golf clubs (and a hole cutter) and decided where the 18th green should be. From there, they mapped the course out, establishing the holes by eye and the distance of their ball striking. 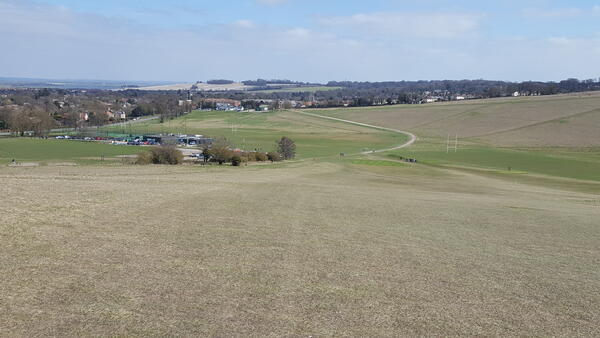 Royston GC - hole 18 with club house in left-middle distance. The first tee is just to right of 18th green at the bottom of the hill. Is this the longest walk to the fist tee in the world?

The course was well received and the Cambridge club soon had 17 members, paying a 2/6 (2 shillings and 6 pence) annual subscription. However, Royston is 8 miles from Cambridge and it was much more difficult to get to in those days, so the course was abandoned in 1871, and the Royston-based club did not survive. Officially, the Cambridge University Golf Club was founded in 1875 by WT Linskill , and initially played at Coldham Common, once described as the 'worst course' ever seen. The CUGC's current home course is Royal Worlington and Newmarket Golf Club.

When Royston golfers decided to form a club in 1892,  they resurrected the old Royston course with the encouragement of the Conservators of the Heath and the help of students from Cambridge. The club report that: -

The course that was designed followed much of the original eighteen holes set out in 1869. This was the prelude to the establishment of Royston Golf Club on the 1st May 1892 and although there have been many changes over the past thirty years, mainly to increase the length and avoid playing over the road, every effort has been made to preserve its character.

The map of the course in early 20th century supports the fact that the current course is laid out where Marray and Gosset laid out their first course. 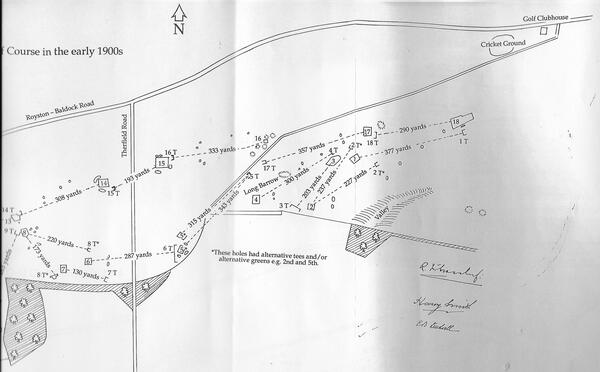 The Long Barrow and bronze age tumuli can be seen on the map as they can be today. 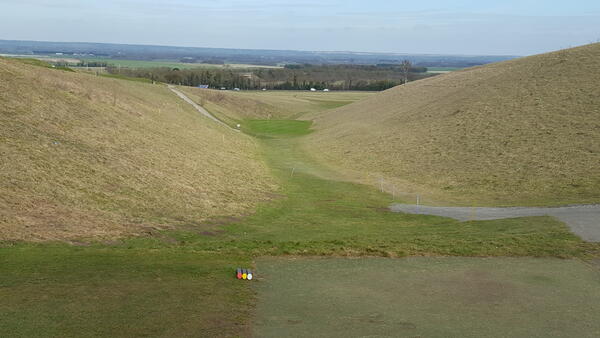 The quality of the course even in winter is very good, rarely requiring any winter greens. It plays like a links because of the chalk foundation and firm grass and is just as windy as any sea-side course. The most surprising thing is how little this has been mentioned, bearing in mind that the course is only an hour by train from King's Cross, with about 15 mins walk from the station!