The Rev Andrew Aedie (Adie) was minister of Forfar from 1798 to 1838 and is reputed to have played golf on area to the north of Forfar. The first tee is said to have been between Carseburn Road and Victoria Street, with the green where the County Buildings are now located, north of Market Street.

On 6th September 1871, a group of 26 golfers met to form the Forfar Golf Cub. One of them, James Brodie, persuaded Colonel Dempster of Dunnichen to allow a golf course to be laid out over fifty acres of his land at Cunninghill, 1½ miles to the east of Forfar. Under the direction of Old Tom Morris, an 18-hole course was laid out. This was the very first 18-hole course built ab initio anywhere. 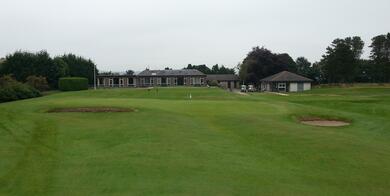 The first competition was held over the course in 1872. To begin with, the Forfar Golf Club rented a room at Lochhead Farm as their clubhouse. Lochend Farm is the grey building just the other side of the road from today's third tee.

An prominent founder member was James Brodie. He was a graduate of St Andrews University and he became the Rector and Maths Tutor at Forfar Academy in 1871. His arrival was the catalyst for the club and he served as Secretary from 1871 until his death in 1899.

In 1889 further land was acquired and a clubhouse was built along with other ‘wonderful improvements.’ These have included the planting of hundreds of trees around the course, which now makes it a challenging, but playable, course for all levels.

Ladies were admitted to the Club in 1895.

In 1920, the club purchased the course for £700 and, in 1926,  they implemented course improvements recommended by James Braid.  These changes eliminated points on the course where holes crossed each other, but, otherwise, the course is little changed from the original. The letter with Braid's recommendations is on display in the clubhouse (and can be downloaded from the website.) Unusually for a parklands course, there are several blind greens and undulating fairways. One golfer commented that he felt 'sea-sick' after a round.

From time to time the course has hosted national competitions. Its current secretary is Stuart Wilson, winner of the 2004 Amateur Championship and Walker Cup winner. 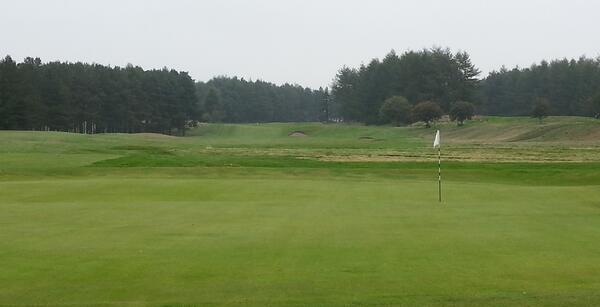