A new picture of the Golf House Tavern has been found, but the source is unknown and it is printed the wrong way round!

On page 75 of 'Historic South Edinburgh' Vol 1 by Charles J Smith, there is a picture of the south end of Wright's Houses, now redeveloped and called Barclay Terrace. The picture is called "The Old Village of Wrychtishousis". 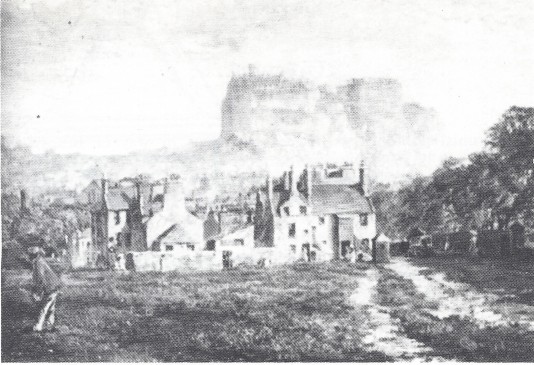 The Old Village of Wrychtishousis - NOT!

There are two problems with the picture.  The first is that it is clearly sketched after the road had been widened which necessitated the demolition of the old cottages of Wrychtishousis. Therefore it is not the old village. The second problem is that the picture has been printed the wrong way round. It should be left-to-right reversed.  The correct mirror image is printed below. 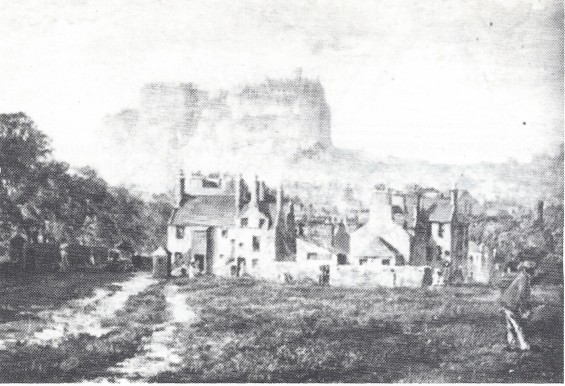 South end of Wrights Houses c 1830. Bruntsfield Place is the road on the left. The Golf House Tavern is the building on the right.

The building on the right is the Golf House Tavern, probably at the time when the Charles Stewart and his family were the landlord and certainly when it was occupied by the Edinburgh Burgess golf club and the Bruntsfield Links golf society.

Both the author and publisher of Historic South Edinburgh have died and the source of the picture is not given.  It is therefore a mystery as to how it came to be printed the wrong way round, but it means that there is another picture or engraving of golf out there to be discovered.