Mrs Forman's is No More

Mrs Forman's hostelry, which has been serving golfers at Musselburgh for almost 200 years has closed and has been converted into houses. Part of the old pub has been demolished.

George Forman's father built and ran a pub at Levenhall from about 1822 on the east of Musselburgh Links, which would be world famous until it was closed by Punch Taverns in 2015. For several decades, it was known as Blucher Hall, as it was built on the stable land of a cottage called Blucher's Hall, which still exists next door. The cottage was named in honour of Count Blücher, joint victor of Waterloo, who had a personal connection to the owner of Blucher's Hall, according to his descendants. 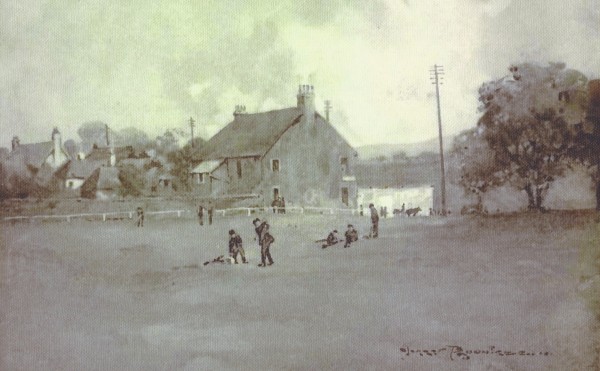 In 1826, George Forman married Marion Bowman, from West Barnes, who became Mrs Forman, after whom the pub would be named.

At some point, George took over the pub from his father and ran it until he died in 1843, aged only 41. George and Marion had nine children, whom Marion then had to work to look after all by herself:- George (16), Peter (14), Margaret (13), Ann (11) James (9) Mary (7) Betha (5), Charles (3) and Cath (1). Sadly Cath died in the following year and a several years later James drowned and others moved away, including George who died in Australia, aged 78.  However, some of the children would continue to live in Musselburgh and work in the pub all their lives. Sometimes Marion's sister, Margaret Bowman, would come to stay.

Mrs. Forman would not serve anyone who was drunk.  She had a unique way of dealing with her male customers and would frequently refuse their money, saying:- 'Tak yer money hame tae yer wife, she has mair need o' it than me.' In all the years she ran the pub, the police never had any cause to complain and there were never any problems with of renewal her spirit licence. She served Lords and commoners alike, though VIPs dined in the kitchen and others had to make do with garden if she was full.

Mrs Forman's 'speciality of the house' was Welsh Rarebit - that is spicy toasted cheese, but she was equally renown for her fresh poached eggs, fish and bread and cheese.

The high quality of Mrs Forman's fare is evidenced in the amusing tale of when Sir David Wedderburn dined there, told in the Reminiscences of the Old Bruntsfield Links Golf Club.  Intending to congratulate her on the freshness of her eggs, but catching sight of the leeks hanging from the kitchen rafters, Sir David said ‘What beautiful legs you've got Mrs Forman!’

Mrs Forman's was the site of a major golfing incident in 1870, when Old Tom Morris from St Andrews and Willie Park Snr were playing a close match for high stakes. Willie was from Musselburgh and the local crowd were interfering with Old Tom's play. The umpire halted the match until the following day during the refreshment break in Mrs Forman's, which Willie Park refused to accept. Willie finished the match and the day after, when Old Tom walked the course and was declared the winner, Willie 'arrested' the stakes. After arbitration the match was declared void. 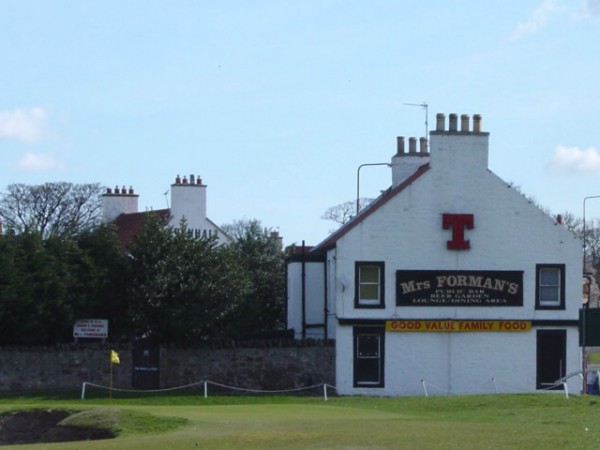 Forman's was one of the pick-up points for the local mail. The mail coach from Berwick would come galloping past, without stopping and 'the guard dexterously picked up the Prestonpans' letter-bag, which was lightly fastened on to a pole and held out by Mrs Forman's son, Peter. The 'Union' coach, painted yellow, used regularly to pass Forman's at eight in the evening, whirling along amid a cloud of dust in its journey from Berwick to Edinburgh.'

The history of the Royal Musselburgh Golf Club recounts a story that Thomas Waggot the golf club-maker was playing a shot to the 4th green, which went down the kitchen chimney and dropped onto Mrs Forman's frying pan. She was not amused. 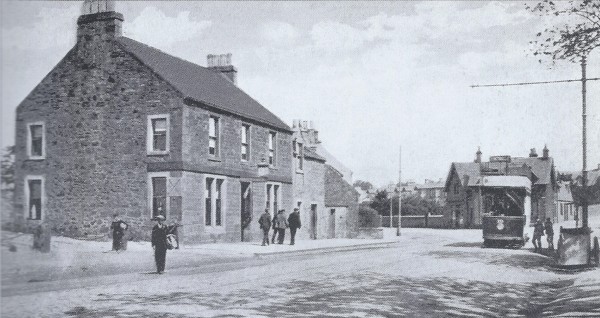 Mrs Forman's (left) was at the terminus of the trams.

Mrs. Forman ran the pub until her death in 1888, aged 84, when her spinster daughters Ann and Bethia, with John Forman, took over. The Inn remained in the Forman family into the next century. Golfers were served drinks through one of windows. It is believed to be the only place in the world where you could order and have a drink on the green during a match. One of the most famous drinkers was Bobbie Jones who visited in 1930 to sketch the Sea Hole which he wanted to reproduce in the States. George Colville tells the story in his book on the five Musselburgh Open champions of how he drank a pint with Bobbie at the window of the pub while discussing putting techniques. 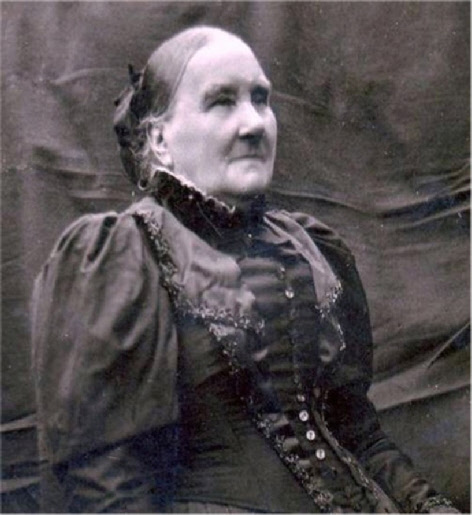 The 4th hole on the Old Course is called Mrs Forman's and it is the signature hole of the Musselburgh course and best known, certainly the most testing.

Many famous golfers have dined at Mrs Forman's during and after her reign and the pub has changed hands several times. A few years ago it was renovated and modernised. Its loss will be sad blow to Musselburgh, which already struggles to attract business.

For a sincere and moving tribute to Mrs Forman's and walkthrough of the 4th hole at Musselburgh then play the video by Geoff Shackelford here on Ru (Ruairidh) Macdonald's website or here at Golf Digest.

For safety reasons, the fourth hole of the Old Course may have to be shortened or severely altered. Consequently, if you wish to play the course as it was, then you need to do so now.

A new consortium, called Blue Thistle, is in discussion with East Lothian Council to develop and operate the Old Course at Musselburgh, including restoring some of the holes to they way they were played at the end of the 19th century. More details are given here.