Most golf courses in the world are public.  Only a third belong to private clubs, and this reflects the beginnings of golf when the Links were free to play and hospitality was in a local inn or tavern. There are many pubs in Scotland which call themselves a golf pub though few are as old as they look.

The most famous golf pub is, or rather was, Mrs Forman's built in 1822 by George Forman's father, who was the initial landlord. Later George himself took over and on his death in 1843, his widow Marion Forman ran it until her own death in 1888. It was during this period that it acquired its name and world wide fame in golfing circles.  It is now closed and its future is currently in doubt.

That leaves a vacancy for the oldest golf pub in the world.

The Golf Tavern at Bruntsfield Links is certainly the longest serving golf club-house as there have been golf clubs using it continuously since 1852. It is a continuation of Golfhall which dates back to 1717. This means there has been a licensed pub and golf-clubhouse 'on this site' continuously since 1760. You can play golf there with clubs supplied by the pub. So it will be a bidder to be the oldest 19th hole, but there are other contenders, though they are either not as old or they do not have a continuous history to match 'Mrs Forman's' or 'The Golf Tavern'. A complete history of Golfhall and The Golf Tavern was published in 2017.

Before the Elie clubs built their clubhouse in 1877 they used the Golfers' Tavern at 5 Links Road for their hospitality. Now called the 19th Hole, the building appears on the 1853 Ordnance Survey and the name, the Golfers' Tavern, is shown on the 1893 map.

It was probably being used by the golfers shortly before or after the formation of the Elie and Earlsferry Golf Club in 1858. In the decades before this, the golfers of Earlsferry had combined with the Hercules Club who played the Dumbarnie Links.  They had their own club-house, and used Mrs Ronald's Inn in Colinsburgh. 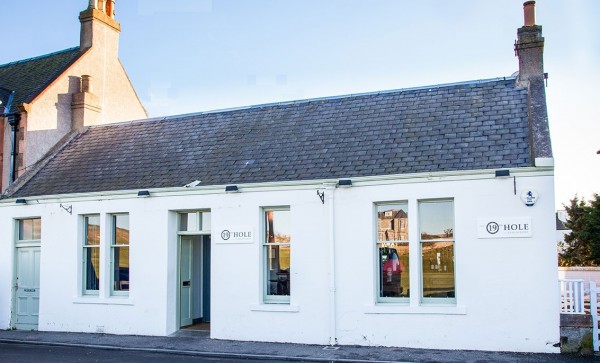 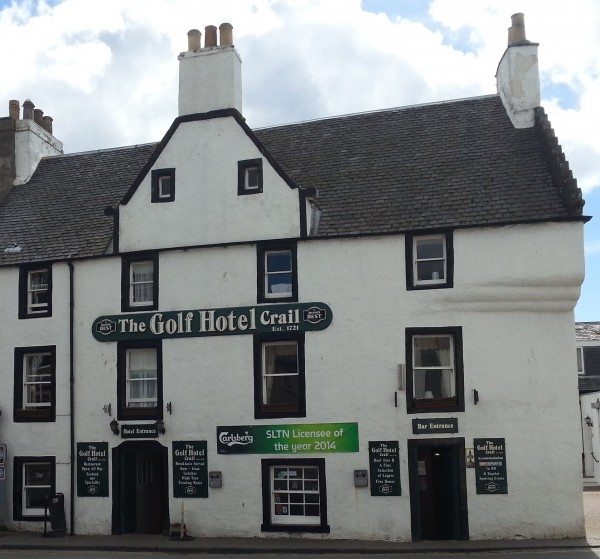 The Golf Hotel in Crail is where the Crail Golf Club first met in 1786. Although never their club-house, it was used for post-match hospitality when they played at nearby Sauchope, now a caravan park.

The Crail club went into abeyance intermittently partly because of access problems at Sauchope, which was too small in any case. They moved to the Balcomie Links, 2 miles outside Crail, in 1895 and thereafter had a club-house there to use.

The Golf Hotel building dates to circa 1721 and is still open as a hotel, bar and restaurant.  It may not have been in continuous use by the golfers, but this is certainly the oldest extant building where the oldest golf related event took place. Its only other claim to golf fame is the place where the landlord lost two of the club's ballot boxes.

Early golfers at Montrose are recorded, from 1818, as frequenting the Star Hotel in New Wynd in Montrose.  This was close to the first tee of the old Mid-links, which fell out of use as the land was built on and the links were pushed north. The golfers were probably still using it for dining even after they leased the Southfield House in 1866 to keep their clubs, until they built their own club-houses at the end of the century. 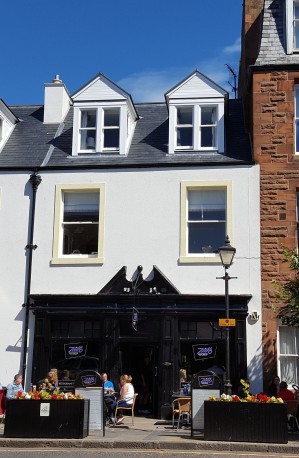 Golf at North Berwick was first played on the east links, but this area was needed for development.  In 1832, they initiated their golf club with play on the west links. To begin with, they used marques on competition days and the hospitality of the Dalrymple Arms 10 Quality Street, which is now Zitto, an Italian wine bar.

The Red Lion at The Cross in Prestwick is renown as the place where the inaugural meeting took place in 1851 of the Prestwick Golf Club, who would become world famous as the initiators of the Open championship and co-sponsors of the Claret Jug, still played for today. Soon after the club built a club-house opposite. The pub itself is in need of some care and attention.

'The Old Clubhouse' on East Links Road in Gullane was originally built as a half-timbered club-house by the Gullane Golf Club and opened in April 1890.  It was soon extended. 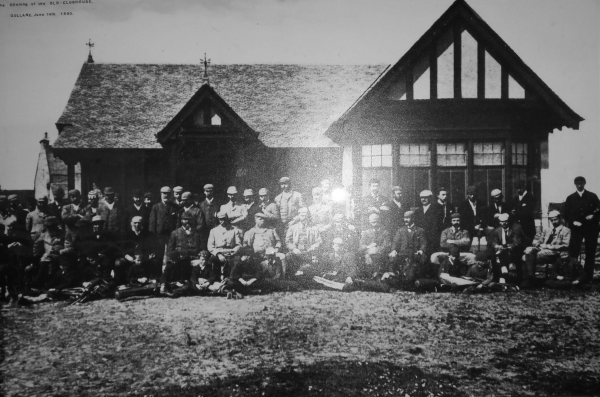 After the Gullane Golf Club moved across town in 1929 to their present club-house, the building was used for various purposes. It is now a pub, again serving golfers since the present owners took over in 1988. 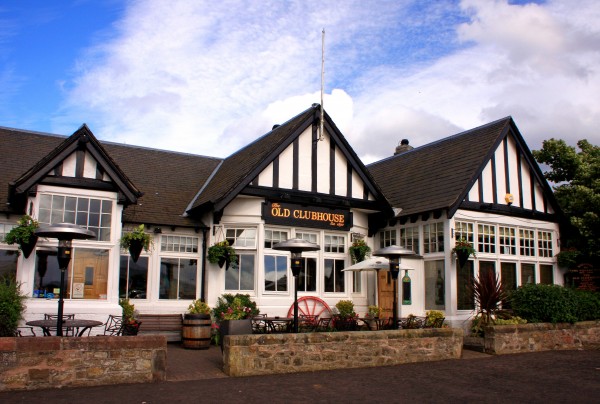