Most golf clubs have built their own club-houses, but some are older than their clubs or courses. Here are four of the oldest. 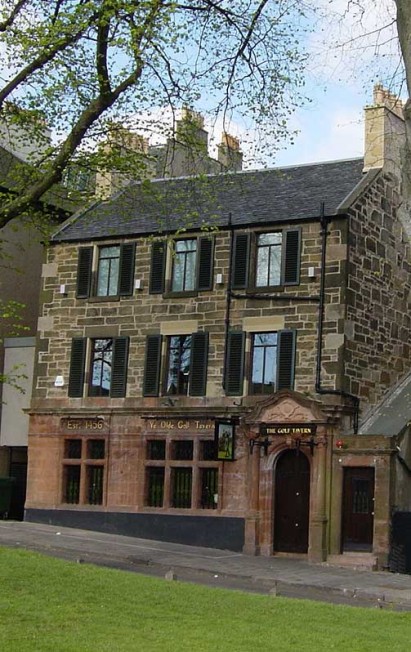 The Golf Tavern is used by the Bruntsfield Short Hole Golf Club, whose official foundation date is 1895.

Their club-house is older;  built in 1831 in the grounds of the older tavern and golf club-house called Golfhall. Initially 30/31 Wright's Houses was let as two private residences. Since 1852, it has been in continuous use as a golf club-house.

The first club to use it was the Bruntsfield Links Golfing Society, who rented the first floor while it was still a house. A few years later, they moved downstairs. It served as their club-house until 1894 even after they had officially moved to Musselburgh.

In 1898, the building was converted into a pub. The Bruntsfield Allied Golf Club and the Edinburgh Thistle Golf Club immediately took advantage of it.

It is the oldest, extant golf clubhouse in the world and is now the subject of a complete history published in 2017. 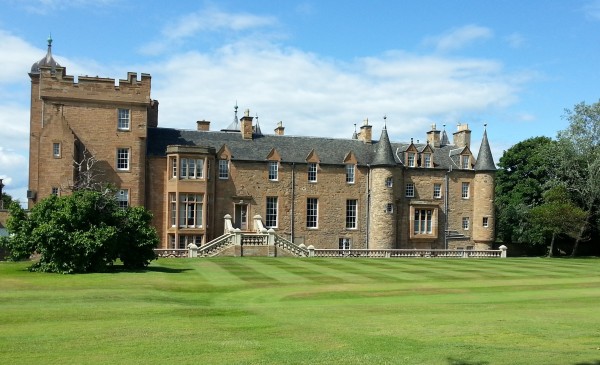 Royal Musselburgh club date to 1774 at least. While they played Musselburgh Old Course they first used pubs and the race grandstand.  In 1873, they built a clubhouse in Links Road, which is now a house, and then they moved into the Honourable Company's club-house next door in 1908, where they stayed until they moved along the road to Prestongrange in 1925.

Prestongrange House is centuries old. Originally called Newbattle Grange it dates back to the 12th century. It is not certain exactly when the building was started but recently a ceiling dated to 1581 was uncovered in renovations, which makes this probably the oldest golf club-house building in the world.

Our magnificent Clubhouse was built in 1664 for John Shaw, banker to King Charles I, no expense was spared in its construction and we are fortunate that many of the splendid original features remain, including its elegant staircase, ornate ceilings and imposing fireplaces. Known as Eltham Lodge dating back to Tudor times when a previous building stood in the grounds to the magnificent Eltham Palace just 800 yards away. 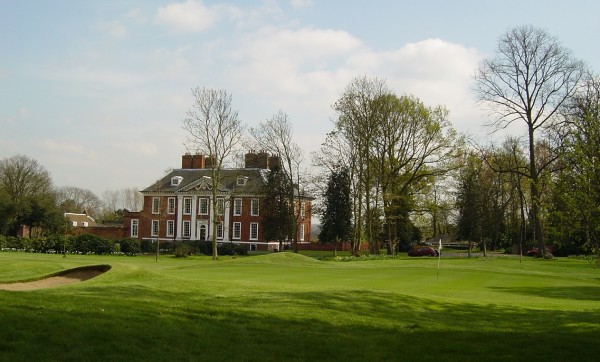 Royal Blackheath club-house, built by Sir John Shaw 1664, and used by Eltham GC as club-house since 1892

The first known club activity for Royal Blackheath Golf Club dates  to 1776, but their course only dates back to 1892, which is when Eltham Golf Club, with whom Blackheath later merged, started operating in the grounds of Eltham Lodge. The club-house is much older; built in 1664 by the architect Hugh May for Sir John Shaw, sometime banker to King Charles II. The frontage is a copy of the Mauritshuis in The Hague. It replaced a earlier building going back to the 14th century, when royalty began using the nearby Eltham Palace, once a significant and extensive establishment. 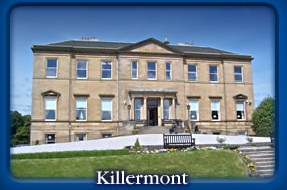 Glasgow Killermont club-house dates to 1805, used by club since 1904

Glasgow Golf Club were nomads for many years and non-operational for some of them.

Predecessors of the Glasgow Golf Club got permission to build a club- house on Glasgow Green in 1760, but it is long gone. The Club restarted several times at different courses before moving to Killermont in 1904, where they are now based. Their main club-house is an impressive building, dating back to 1805.

Their club-house at Gailes has been in use longer, since 1892. This is because they had founded this course before the club itself found its final Glasgow base.

The time of writing this is the third oldest club-house found after Golf Tavern 1852 and Royal & Ancient 1854.