Lying in a 'dusty' corner of a museum in Stirling is one of the most important artefacts in sporting history. It is an old ball with the identical construction to later feathery golf balls. It has been dated to 1514-1570 making it the oldest of its type in the world.

Compare the ball on the left in the picture above to a feathery ball made by William Gourlay at Bruntsfield c1830. It uses the same shaped pieces. The old leather ball had been used and the stitches on the outside are believed to be repairs. Originally it was stitched on the inside as golf balls were.

In case you have not realised it by now, the ball on the left is not a golf ball. It is in fact 15 cms in diameter and is believed to be the world's oldest football, though it may be a handball. It was found in 1981 in the rafters of the Queen's Chambers in Stirling Castle, which were renovated c1540. Nobody knows how it got there, but it was probably hidden there for safe keeping by someone who should not have had it. However, its age has not been disputed and given that it had been used, it is likely to date to early 16th century. The 'world's oldest football' is on display at the Smith Museum and Art Gallery. If you cannot get there anytime soon, Emotions3D in Western Australia have created a three dimensional view of the ball which can be viewed on their website.

Football was recorded earlier than golf in Scottish history and there is an entry for  footballs for King James IV half-a-dozen years before the records of his purchases of golf clubs or balls. The football may have been for members of his household, but the record specifically states that it is 'to the King', so it may be that James IV played football.

Mary, Queen of Scots watched a football game in Carlisle in 1568. (To date, nobody has claimed that she actually played.) Early football was a ramshackle, group affair, but the discovery of this ball and its connections to Stuart royalty have led sports historians to suggest that the modern 'formal' type of football may pre-date the Victorian codification of the game by several centuries.

More importantly for golf history, the construction of the ball shows a striking similarity to later featherie golf balls. Leather workers or 'cordiners' were making golf balls in Leith in 1552, contemporaneously with this ball, so the inescapable conclusion is that hairy or even featherie golf balls were available to golfers from very early days of golf. 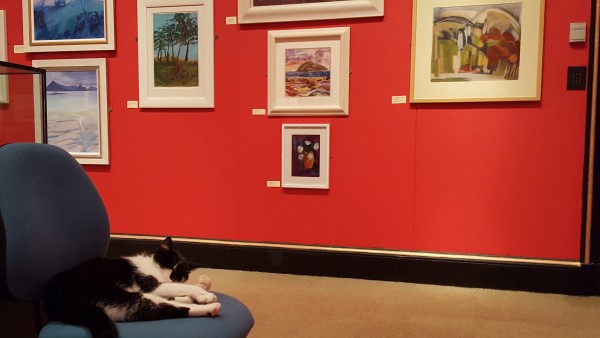