Ryder Cup 2014: The Homecoming of Historic Rivalry I

Outline History of the Ryder Cup

When the Ryder Cup is staged at Gleneagles this year, it will be for the second time, although the first time it was held there, in 1921, it was not called the Ryder Cup. The match was a 10-a-side USA vs GB professional invitation. The competition was played on the 6th June as a preliminary attraction to the Glasgow Herald 1000 Guineas Tournament.

The British team, including the Great Triumvirate of Harry Vardon, James Braid and JH Taylor, won 9 to 3 on the Kings Course, with three matches halved, though it should be noted that the USA were missing several key players.

There was no talk of a repeat or a return match until a few years later, when Samuel Ryder, announced in the press on 26th April 1926 the offer of a trophy for an ‘annual competition’ between US and British professionals, to be played at Wentworth in June.

Things did not go to plan at Wentworth. The General Strike directly or indirectly prevented some Americans from coming and their team numbers were made up by non-US golfers. This was not as daft as it sounds, as many American Pros were Scottish born. However, it resulted in Sam Ryder withdrawing his offer and the USGA refusing to recognise the competition as ‘official’ and thus the Cup was not presented. 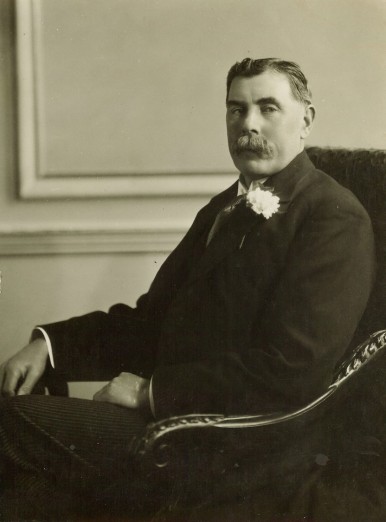 The Ryder Cup, was, therefore, officially inaugurated in 1927 at Worcester County Club in USA. The British team struggled to raise the funds to travel to the USA and the rough sea trip took its toll on their preparations, compounded by the superb hospitality that Walter Hagen laid on for them when they arrived. The US home team won 9 to 2 with one match halved.

In 1929, Sam Ryder wanted only native born participants in the teams but Walter Hagen resisted saying if people could fight and die for their country as naturalised citizens, then they could be picked to pay golf for it.

Sam Ryder took up golf at 50 years old. He was a seed merchant whose family business was bulk buying seeds and selling them off in little penny packets. The Ryder Cup was made by Mappin & Webb at a cost of £250 and is hallmarked 1927. The golfing figure on the top represents Abe Mitchell, who taught Sam Ryder to play golf.

For the first 10 years of the Ryder Cup, the home team won and match results looked comparatively even. Only in 1937 did the USA win on British soil.

There was no Ryder Cup during the Second World War, but when battle resumed in 1947, the economic and sporting dominance of the USA was overwhelming. The US won 12 of the post war Ryder Cups played against GB&I, and only lost one in Lindrick West Yorkshire in 1957. One match was drawn in 1969 at Royal Birkdale but the USA retained the cup.

There were many exciting and close matches, but given that the GB&I had been hammered by more than a 10 point margin in 1947, 1963, 1967, and 1975, everyone knew something needed to be done. The question was what. Give up or recruit the rest of the world to the cause? Golfers from Eire, the Republic of Ireland, had been playing for GB since 1953, (though the team name was not officially changed to GB&I until 1973).

To the complete bafflement of the Americans, the British just stuck gamely with it as an international match that had to be honoured, but it was losing money and the press and the television were downgrading the event. Jack Nicklaus wrote to Lord Derby, then President of the British PGA, that it was

vital to widen the selection procedures if the Ryder Cup is to continue to enjoy its past prestige.

So, for 1979, at Greenbrier West Virginia, the British invited two Spaniards (Seve Ballesteros and Antonio Garrido) to join the team and thus the GB&I team became the European team with 6 Englishmen, 3 Scots and 1 Irishman.

This did not initially turn the tide for the Europeans, and it was not until 1983, largely under the leadership and organisation of Tony Jacklin, that the Europeans began to get their act together, following the American lead in providing proper resources and team organisation. Even then victory in 1983 was not forthcoming, though it came close (USA 14½ Europe 13½).

At long last, in 1985, almost thirty years since the last British victory, the Europeans won at the Belfry in England.  Two years later in 1987, at Muirfield in Ohio, for the first time ever, the Europeans won twice in a row.  And then, in 1989, they tied at the Belfry to retain the cup. The Old World had begun to fight back, with record scoring players such as Nick Faldo, Bernard Langer and later Colin Montgomerie.

Progressively this gave rise to a rivalry which exceeded the bounds of good sportsmanship, culminating possibly in the infamous invasion of the 17th green at Brookline in 1999.

In 2001, the match at the Belfry was postponed for a year, following the terrorist attacks of 11th September. On the day the Ryder Cup was due to start, there was a Texas shotgun when a selected few, who had come to watch the competition were able to play the course in tournament conditions. The day was a spectacularly sunny day, though it resulted in the longest rounds in golf history, as every golfer attempted to drive the 10th green.

The memorabilia still bears the date of 2001, which remained the team and Ryder Cup name, but the event itself shifted to ‘even’ years.

Since 2002, the Europeans have been more dominant, winning five out of the last six contests. Gamesmanship and controversy continue to surround the event, giving spectators and the press a field day. This is nothing new and reminiscent to the golfing rivalry between Musselburgh and St Andrews. 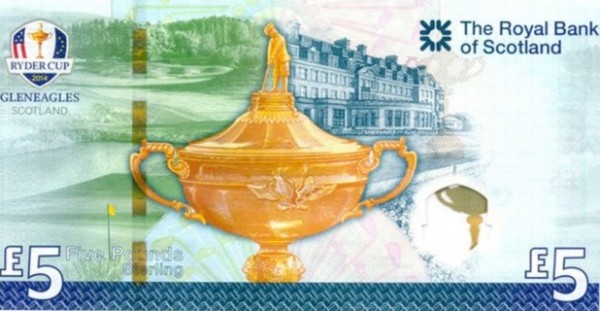 The Ryder Cup will be staged on the PGA Centenary Course originally designed by Jack Nicklaus and opened in May 1993 as the Monarch’s course. It was re-named in 2001, to commemorate the PGA’s Centenary Year.

Gleneagles is the most successful of the great railway golfing resorts and its other courses have a distinguished history in their own right.

Update:- Team Europe won the both foursomes sessions and the final day singles session, and although the USA won both four-ball sessions, they went down by five points.

The Americans have selected different host courses for all their 20 matches, but the course selection in Europe has been more idiosyncratic, heavily dominated, until recently, by English courses.