On the similarities to the great golfing rivalry between Musselburgh and St Andrews and the history of Gleneagles golf courses.

From Musselburgh to Brookline

From 1985 onwards, when the Europeans began winning more often than not, the Ryder Cup became progressively more competitive and antagonistic, nowhere more so than at Brookline in 1999.

Mark James, Captain of the European Team, described the atmosphere at the Ryder Cup at Brookline as a ‘Bear Pit’, which will probably be its defining epithet. It is now more remembered for the invasion of the 17th green by some American team members and supporters, before the Europeans had finished putting, than for the result itself.

Brookline Ryder Cup had not begun well. To begin with filthy lucre raised its ugly head. For many years, the Ryder Cup was loss making but since the European victories of the 80s, it had become more popular and thus commercial to the point where it was more profitable than the ‘Opens’. By 1999 the income ran to $65 million, which became public knowledge and caused disquiet to some players, none of whom were paid for their participation. Agreement was reached on contributions of charity and college funds, which is still the arrangements to this day. More details of the Ryder Cup finances can be found in this article by Golf International.

Brookline is one of America’s ‘grand old clubs’, which made the abusive behaviour by some crowd members during the 1999 Ryder Cup towards Colin Montgomerie all the more shocking. Over the days, it turned from verbal to physical, and his father had to leave the course as a result. To his eternal credit, Payne Stewart, who was playing Colin on the last day, picked up his ball on the 18th green and conceded the hole, and thus the match. A month later Payne would be killed in a tragic airplane accident.

However, it was the ‘invasion of the green’ that reverberated around the world and left many psychologically scared for years. It was not a breach of the rules but it was the most horrendous breach of golf etiquette ever witnessed and filmed. By the last day the Americans were 10-6 down, but making a record comeback with six consecutive singles’ victories. Then, for the USA, Justin Leonard had a monster putt on the 17th for a birdie, which he dropped at which point several US team members, caddies and supporters overran the green in celebration, even though José Maria Olazábal, for the Europeans, still had a similar putt for the half and to take the match down the 18th.

The emotion and bitterness engendered by this lapse of protocol created significant and lasting ill feeling among many Ryder Cup participants and officials. However, bad behaviour on the golf course was not invented at Brookline. 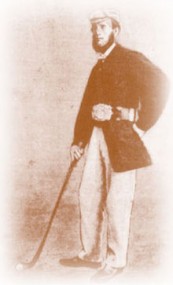 The Ryder Cup rivalry is reminiscent of that between Musselburgh and St Andrews in the 19th century, particularly the big money matches between Old Tom Morris of St Andrews and Willie Park Senior of Musselburgh between 1856 and 1882.

Musselburgh, March 8, 1870.
We, the undersigned, agree to commence to play our match at golf for 100 sterling a-side on Tuesday, the 12th day of April, and that on St Andrews links at 12 o'clock; on Prestwick, 15th April; North Berwick, 19th April; and on Musselburgh links, 22nd April, to play at same hour (twelve o'clock), as at St Andrews.
Signed, Tom Morris, Willie Park. 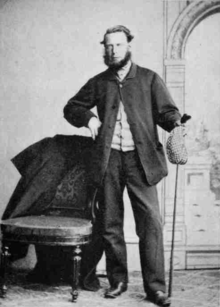 Of these the most notorious match was in 1870. Tom and Willie had agreed to play four rounds of four courses for £100 of which the last four were at Musselburgh, where they were accompanied by a partisan crowd of several thousand who had come to see their local man win. This resulted in serious interference with Old Tom's play, which the referee, Mr Robert Chambers, an eminent golfer himself, was unable to control. When the players retired for refreshments at Mrs Forman’s, with 6 holes left to play and Willie Park two holes ahead in the match, Mr Chambers decided that play should be abandoned and resumed the following day in the hope of better comportment by the spectators.

Willie Park believed this exceeded the referee’s powers and, with due notice, returned to play the remaining holes in 22 strokes. The following day, Park refused to play and Tom Morris, under direction the referee, walked the course (in 28 strokes) and was declared the winner. Nowadays few remember the result of the match, only the controversy of the circumstances.

Gleneagles the Age of Steam

Gleneagles, where the Ryder Cup 2014 will be held, is one of the great golfing resorts built by the railway companies to generate trade and income in the age of the steam locomotion. Other resorts included Turnberry, recently bought by the Trump organisation, and Cruden Bay, which was never a commercial success and was finally demolished in 1946. It was close to the Menie Estate course built and also owned by Donald Trump. The railway station at Gleneagles is being rebuilt with new access and facilitates in time to cater for the Ryder Cup spectators.

Gleneagles in the Age of Steam, courtesy of Gleneagles Hotels Ltd

Initially conceived in 1912 by Donald Matheson, an engineer and architect, who managed it to its fruition over the next twenty years, it was funded largely by the Caledonian Railway Company. The First World War interrupted construction of the hotel, but the King’s course designed by James Braid, winner of five Opens, was built first and officially opened on May 1, 1919.

The Queen’s Course was also designed by James Braid, began as a 9-hole course and did not open fully until 1925.

The ‘Grand Opening Gala’ of the hotel took place in June, 1924. It was, as might be expected, a lavish affair, befitting the establishment which had its own power station, laundry, central heating plant, garages, gate-lodge and clubhouse. The orchestra under Henry Hall was broadcast live (on the radio.) The room charges were 25 shillings for a single room with an en-suite bathroom and 12s 6d for one without one. The Gleneagles hotel and estate have been extensively developed since the early days.

In 1928, the head greenkeeper George Alexander created a 9-hole course called 'The Wee Course'. It was lengthened to 18 holes in 1974 and renamed Prince's and then in 1980 a fourth course, called the Glendevon was created. These have now both been superseded.

In 1993, Jack Nicklaus created the Monarch's Course over the Glendevon Course and some holes of the Prince's Course. The remaining holes of the Prince's Course were incorporated into a new nine-hole 'Wee Course'. In 2001, the Monarch’s course was re-named the PGA Centenary Course to commemorate the PGA’s Centenary Year. This is the course over which the Ryder Cup of 2014 will be played.

1870
Willie Park’s claim for the prize money was refused. He ‘arrested’ the stakes and eventually, after six month’s arbitration, the match was declared ‘null and void’.
1999
José Maria Olazábal missed his putt on the 17th to lose the hole, but halved the match. The USA won the Ryder Cup 14½ to 13½.