'A Gourlay' was a byword for a quality featherie golf ball in the first half of the 19th century.

There were three generations of Gourlay who made feathery or featherie golf balls up to 1850, when the gutty replaced the feathery. Douglas Gourlay (Senior) was followed by his son, William Gourlay (Senior), and later by his grandsons, William, John and Douglas. There was no comparable dynasty of golf ball makers and their significant output means that Gourlay featheries figure predominantly in the named balls that come up for sale. 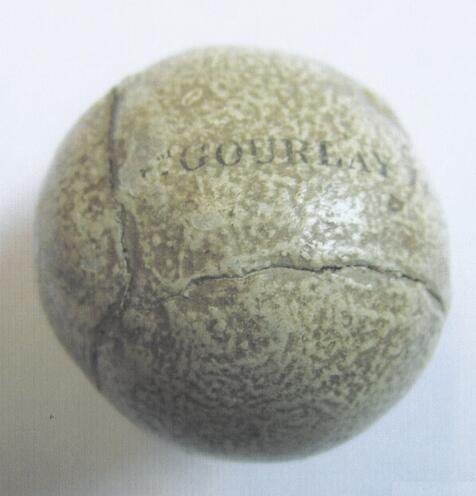 Douglas Gourlay Senior was born in St Andrews in 1752 . He was from an extensive weaver family rather than a shoemaker, which was the common background for a golf-ball maker. Golf-ball making was becoming a trade in its own right, rather than just a by-product of the cordiner business.

Douglas Gourlay had three children with his first wife Anne Kidd - his son William and twin daughters Jean and Margaret. Anne died in 1780 a month after the two girls were born and a few years later Douglas corresponded with and married an Edinburgh girl Mary Douglas, with whom he had a daughter. For the first couple of years they lived in St Andrews before moving to Leith for a year and then finally settling in Bruntsfield in around 1791. This gave Douglas a large and prosperous market for his featheries.

Some histories say that Douglas came to Bruntsfield in 1780, but this is an apparent mis-interpretation of a note on a golf club which used to be in the possession of the McEwan golf-club makers.  It stated that the club was 'Made by James McEwan in 1780; played with by Old Douglas Gourlay and later by ...'. Though Douglas Senior probably played with the club, it was not until much later.

Douglas Gourlay must have worked alongside Thomas Comb and other club-makers in the grounds of Golfhall, probably at the northern end, where a workshop is recorded later. This would be where Barclay Church is today at the corner with Glengyle Terrace. The most prominent club-maker who had been there at least 15 years was the aforementioned James McEwan. His son Peter McEwan was only a few years younger than William. 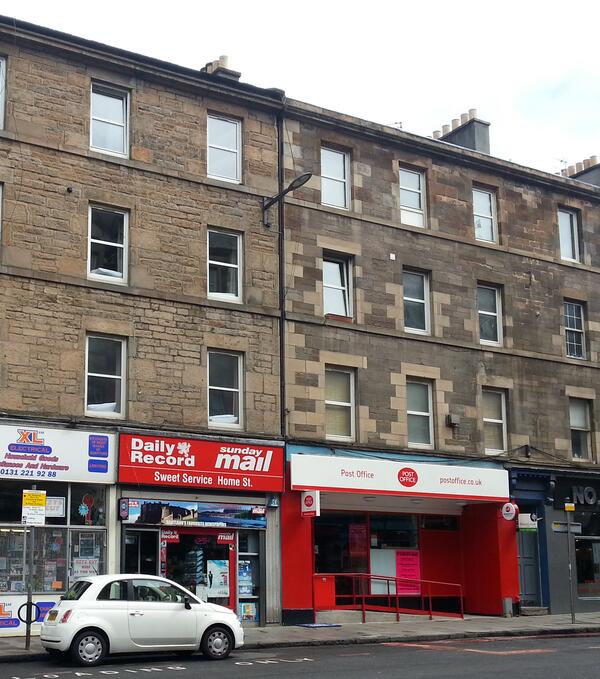 From 1794 until 1800, Douglas Gourlay is recorded as a golf-ball maker, working 'the west end of Bruntsfield Links'. There may be a reason why his trading name disappears in 1800. Soon after Douglas and Mary arrived at Bruntsfield Links, their marriage had broken up and, in 1801, Mary sued Douglas for alimony and child support, with allegations of abuse and neglect. The following year Douglas's eldest daughter, Jean Gourlay married Peter McEwan.

In 1806, William Gourlay Senior, Douglas's son, started making golf balls in his own name, which was also the same year Peter McEwan, now his brother-in-law, started his business making golf clubs. The two families worked closely together and one of Peter's sons James McEwan was apprenticed to William Gourlay in 1824 and became a golf ball-maker rather than a club-maker.

Douglas Gourlay Senior died in 1819. He is believed to have still been at Bruntsfield Links and involved in the business. William Gourlay Senior, probably working with his sons, continued until his own death in 1836. This was a tragic year for both families as Peter McEwan and his son James McEwan passed away in the same year.

At the time of their deaths both William Gourlay and James McEwan were living in 31 Home Street, round the corner from Wright’s Houses. These premises still exist as a newsagents, as does 33 Home Street, which is a Post Office and is where William lived for a few years before he moved to 31 Home Street. All their other workshops and houses have been demolished.

After William Snr died, his eldest son, William Jnr, and his youngest son, Douglas Jnr, both began their own businesses. Sadly this was not to last as Douglas died only three years later in 1839. He was only 21 and this was only 20 years after his grandfather had died. 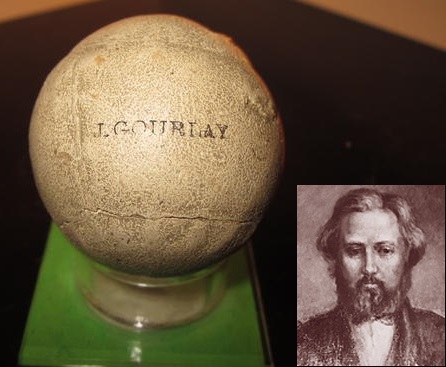 At this point William and his middle brother John Christian decided to team up and traded as 'Wm & J Gourlay', though it is likely that William Jnr made the golf balls and John sold them, probably at Musselburgh. There was now a growing market at Musselburgh where the golfers were beginning to play in greater numbers and where the McEwan family had already opened a manufacturing facility.

This arrangement only continued for five years until William Gourlay died in 1844.  At this point, John Gourlay, now the sole ball-maker in the family, moved to Musselburgh and later based himself at the old grandstand. He was particularly highly regarded among golfers and, amongst other services, he rented lockers to the golfers to keep their clubs, when they came down from Edinburgh.

However, the days of the featherie were numbered and John Gourlay had only been making them for few years when gutty golf balls arrived. John was an early convert and there is much-repeated story that on the first time he saw the gutty used, he went straight back to his workshop, sold off all his featheries and went into gutty manufacture.

As anyone could make gutties with a mould, it was no longer an art, merely an industrial production. With extra time available, John Gourlay was able to widen his range of services.  He was a proficient player and he was even called on to assist in laying golf courses, such as the Curragh golf course in 1858.  After his death in 1869, his third wife and widow Eliza Gourlay was the club-mistress at the old grandstand for a dozen years.

There was nobody to carry on the Gourlay dynasty and a great era had come to an end.