There are many sites in St Andrews to visit when you are not playing golf. Below is a round-up of historical attractions and golf related attractions for golfers and non-playing partners alike.

In the Steps of Old Tom Morris 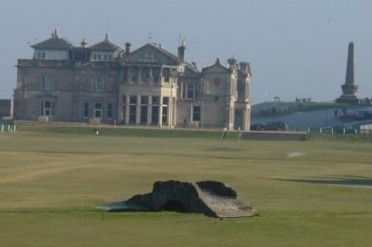 Old Tom Morris' greatest legacy is the Old Course and the changes and improvements he made to it, which set the standard for all future golf courses. Few golfers will not have had their picture taken on the Swilken (or Swilcan) Bridge (1) with the R&A clubhouse in the background. However, many golfers come and go without visiting any of the other local sites associated with the great man.

Old Tom was born in St Andrews in 1821 and he lived there for most of his life. The house where he was born is long gone, but the site is believed to be near 121 North Street, beside Rascals Bar and the New Picture Theatre cinema. It is commemorated on a plaque on the current house (2).

After his apprenticeship with Allan Robertson, Tom started his own shop which he ran until he left for Prestwick in 1851. Until last year, the first shop's location was a mystery, but recent research has shown that it was half way along The Links, where the row of private houses now face the 18th fairway.

When Tom returned from Prestwick to St Andrews in 1864, he had another shop which still exists, called 'Tom Morris', at 8 The Links (3). Old Tom lived above the shop, now a flat, 7 The Links. Many visitors patronise the golf shop at the corner without realising that they are just yards away from the oldest golf shop in the world. 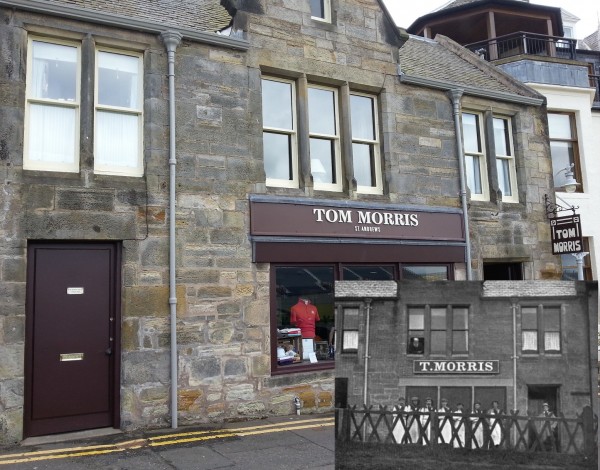 Old Tom was a founding member of the St Andrews Mechanics Golf Club in 1843, now called the St Andrews Golf Club, which has its clubhouse at 13 The Links (4), next to that of the St Rule Club founded in 1896. Round the corner are the clubhouse of St Regulus Golf Club at 9 Links Crescent and Auchterlonie's plaque at 3 Pilmour Links. 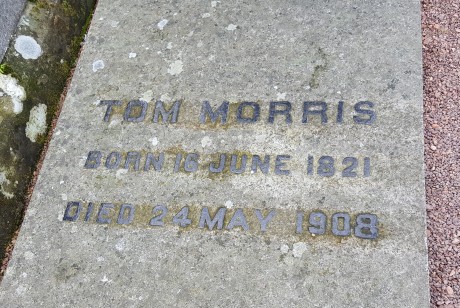 At the west end of The Links is the clubhouse of the New Golf Club (5), where Old Tom fell down the stairs and died on 24 May 1908. When he was buried in St Andrews Cathedral kirkyard at other end of the town, his funeral cortege stretched the entire length of the street, with hundreds of people turning up to pay their respects. His own gravestone is very simple, in contrast to the more ornate memorial that was erected to his son, Young Tom Morris, who pre-deceased him. The Morris family graves are on the far right of the kirkyard from the entrance on the south wall (6). Not far away is the obelisk marking the grave of Allan Robertson, who was Old Tom's mentor and considered the best golfer of his day until his death in 1859 (7). 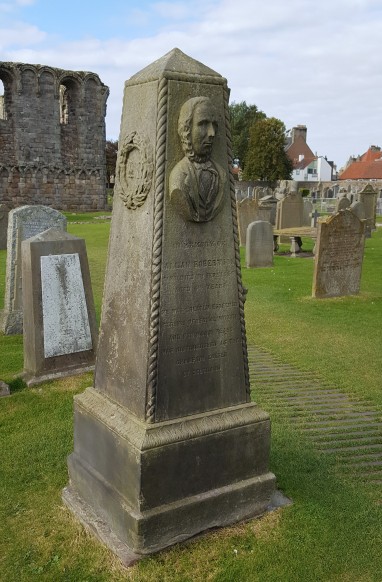 Old Tom was well known for two activities apart from golf. He was a regular attender at church and took a daily constitution swim in the sea whatever the weather. The West Sands beach (8) is just over the course from where he lived. Nowadays, the beach is better known as the location where they filmed the training scene in the film Chariots of Fire. It is just a short walk beyond the British Golf Museum (9), which contains more details on Old Tom and St Andrews golf history.

The Kirk, the Castle and the University

The Bishops of St Andrews played an important part in the foundation of St Andrews as well as building its Cathedral (10) and its Castle (11), both of which are now in ruins. They also had a significant influence in Scottish history for centuries before the Reformation. King James I received his education from Bishop Henry Wardlaw, the founder of St Andrews University. Bishop James Kennedy was an advisor to James II of Scotland and James III was born in St Andrews castle in 1445. Key events in the Reformation took place here, including a famous siege of the Reformers in the Castle 1546-47. The gave rise to a unique siege tunnel, which can still be seen today. In 1552, Bishop John Hamilton gave the citizens the right to play golf over the Links in a Charter which is one of the most important documents in golf history.

The University, like the Kirk, has been important in the development of golf. Many of its alumni learned to play there and promoted golf when they went elsewhere. In 1754, the University Provost, James Lumsdain,  and two of its Professors of Philosophy, David and John Young, played in the St Andrews first competition.

The early meeting places of the St Andrews golfers were Baillie Glass's Inn  and the Cross Keys Hotel. Glass's Inn, later the Black Bull Inn, no longer exists. The site is now an ironmongers, which is marked nearby by a plaque (14). The Cross Keys is now a private house on Market Street, but its old bar to the left of the hotel, is still in use as The Key's Bar.(15). 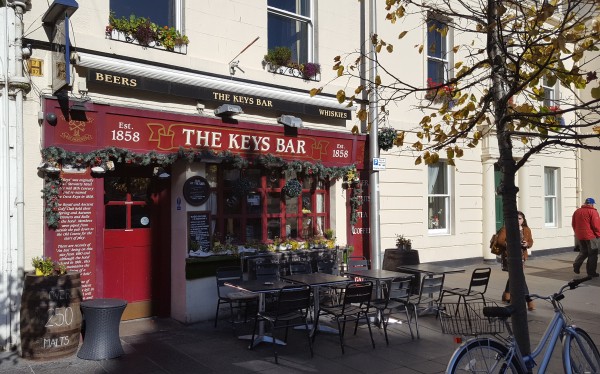 (8) and (9) are at the end of Golf Place on Bruce's Embankment and West Sands Road.

(14) is on South Street at the Cathedral end and (15) is in the middle of Market Street.

Apart from the Keys Bar, where food and drinks are available, there is a café on the first floor of the British Golf Museum, which has views over the beach.  At the far end of North Street, opposite the road leading to the Castle is the North Point Café, where Prince William and Kate allegedly had their first date.

If you still have any energy or time left, then you can visit some of the many arches which St Andrews has, two of which are the far ends of South Street. Also on South Street is Madras College founded in 1833, by a merger of the old Grammar School and English School. Some historians have speculated that Old Tom may have gone to the Madras College for a few years before he joined Allan Robertson. More likely he went to the English School, now gone which was on the site of the St Andrews public library. Just beside the library is the Parish Church of the Holy Trinity, where Old Tom Morris was an Elder for 18 years prior to his death. The Grammar School was beside the ruins of Blackfriars Chapel on South Street. The Chapel ruins are still there but, like the English School, no sign of the Grammar School remains either.