Two new 17th century golf club makers have just been discovered. They are John Elder and Patrick Fyfe. That brings the total number of confirmed club makers pre-1700 to 7!

Surprising as it may sound, prior to 1700, the names of only four golf-club makers are commonly noted in golf history. In fact, until this year, it was really only one confirmed golf-club maker, as in the other cases golf is not mentioned, just 'clubs' or 'club-heads'. However, new evidence in several of these cases shows that these references are definitely golf related. This in turn proves that golf clubs were often only referred to as 'clubs', and a golf-club maker as a 'clubmaker', effectively eliminating other interpretations in all cases.

Alexander Dais was a bower (bow-maker), who died of the plague in St Andrews in 1585. His estate contained not just bows and arrows in various states of manufacture but also ‘certain club heidis and shaftis’. Though golf is not explicitly mentioned, the mention of shafts, his profession, the location and the new evidence mentioned above all strongly support this conclusion.

William Mayne was the grandson of John Mayne, who had supplied King James IV with tournament materials and clubs. In 1603, William was appointed 'clubmaker' to the King James VI, in addition to his other roles as bow-maker and arrow maker. William had been admitted as a bower burgess in Edinburgh in 1588 and he was a golf-club maker. Newly discovered entries in the official records show that he supplied golf clubs and golf balls to King James VI/I for the king's personal use. William Mayne died in 1612.

George Gibson was another ‘bower burgess' of Edinburgh at this time. He died in 1622 and his estate inventory explicitly mentions golf clubs. Golf histories report that this is ‘fiftie tua golf clubis’ (fifty two golf clubs), but the other sources quote 'fourtie tua golff clubis' (forty two golf clubs).

George was the son of John Gibson, also a bower, and was made a burgess in January 1579.  This was several years before William Mayne, and means that George Gibson is really the first known golf-club maker in Edinburgh at least.

One of William Mayne's many apprentices was called Donald Bayne (or Baine), though his entry in the apprentice register is uncertain. It is thought to be 1595 under the name Donald Duncanson. However, Donald became a bower burgess in 1616 by right of his apprenticeship to William Mayne.  This connection has not been previously highlighted. Bayne took on many apprentices.

The inventory of the estate of Donald Baine's second wife, who died in 1637, included a thousand ‘clubheids and clubshaftis' (club heads and club shafts). Obviously, these belonged to her husband. Given the new knowledge that he was trained by William Mayne, this makes it certain that these were golf clubs. The quantity involved shows that making golf clubs was no longer a cottage industry nor a side-line business to making bows, but a significant trade in its own right. 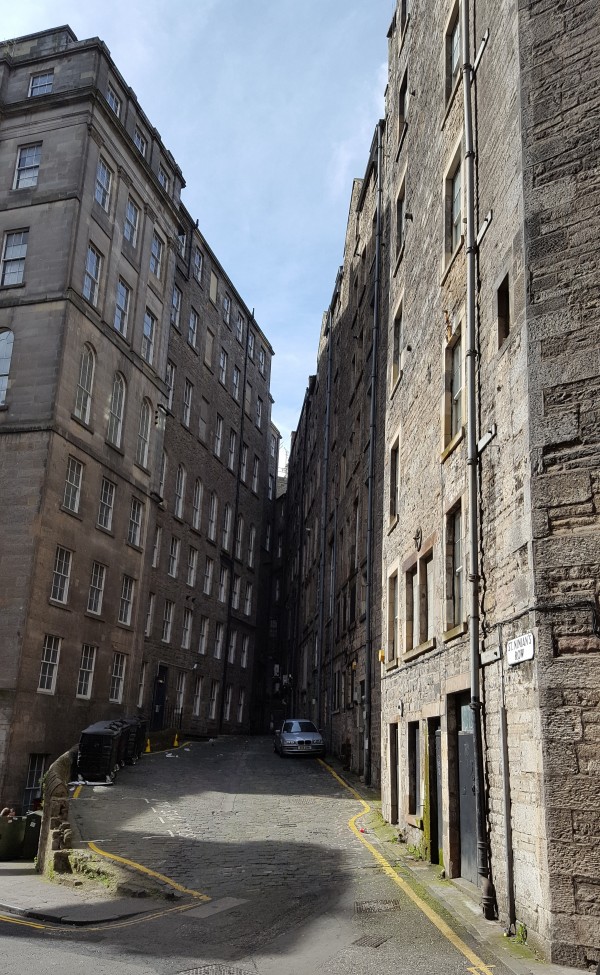 John Elder was admitted to the Incorporation of Marie's Chapel Lodge on 1st February 1676. He had come from Coldburn to work in Edinburgh in St Ninian's Row. His primary trade was as a heel maker, but he is also noted as making 'Gouff Clubs'. (1)

This is first known address of a golf-club maker, but whether the present St Ninian's Row is the same location has not yet been established.

A fellow heel maker in St Ninian's Row was James Hay, whose son had been apprenticed to Alexander Hay, 'his Majesty's bower'. This was the same title that William Mayne had held and Alexander Hay had been trained by William's son, Robert Mayne. So there is strong likelihood, though currently no proof, that Robert Mayne and Alexander Hay were both golf-club makers as well.

In the accounts of George Seton, 4th Earl of Winton in 29 September 1679, there is an entry for the supply of clubs and balls by Robert Munro. Although not a new discovery, it is not widely reported.

There were at least two bowers in Edinburgh called Robert Munro around this time, though they are believed to be related. This Robert Munro is possibly the son of Andrew Munro and Marion Gourlay, born on 21st December 1660. If so, then he is probably the Robert Munro whom the Royal Company of Archers had paid to go to London in 1677 to be trained to be as their first official bow-maker. This arrangement was apparently occasioned by the death of Alexander Hay, 'his Majesty's bower', which reportedly left no suitable bow-makers in Edinburgh.

This is significant because Robert Munro subsequently trained George Neilson, who not only became the second official bower to the Royal Company of Archers, but also the first confirmed golf-club maker in Golfhall at Bruntsfield in the early 18th century.

Patrick Fyfe was a bower and clubmaker whose official job was ringing the bell of one of the city gates and maintaining its clock, for which he was paid 20 leg-dollars a year by the City Council (about L40 Scots or £4 sterling). He was formally made a burgess on 8th June, when his registration stated that he was a 'clubmaker'. His official work would not have occupied him full time and would have left plenty of time for making golf clubs. A later entry noted his salary and called him a bower. His Burgess entries say:-

Patrick Fyfe, clubmaker, continued in his office of ringing the Netherbow bell and keeping of the knock (clock) of the steeple, he admitting himself Burgess and paying dues 8 June 1689

The Netherbow gate in the city wall was half way down the Royal Mile. It no longer exists but the location is marked by brass plates in the road, outside the World's End pub. The addresses of both Patrick Fyfe and John Elder would have been very suitable places to supply golfers playing on Calton Hill, which implies golf was being played there 100 years before it was first mentioned in print.

Although Patrick Fyfe's burgess records were published in 1929, it is believed that this is the first time that this entry has been explicitly recognised. The use of both terms 'bower' and 'clubmaker' to describe him just three months apart suggests that the term bower was a courtesy title, used for golf-club makers, who possibly did not even make bows.

William Mayne, Donald Baine and George Gibson each took on several 'bower' apprentices over many decades. Connections for 90% of the bowers in Edinburgh in the 17th century can be traced back directly or indirectly to these bower club makers, which makes it very likely that most bowers were also golf-club makers.

Certainly, all the bow-makers to the Royal Company of Archers for the first 100 years were also golf club makers, most of them based at Bruntsfield Links or nearby.

*with thanks to Dr Joe Rock, consultant historian of Scottish culture for this information.