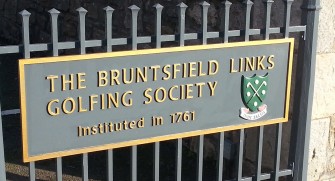 The traditional foundation date of the Society is 1761, when the members were playing over Bruntsfield Links with the Edinburgh Burgess Golfers (now The Royal Burgess Golfing Society) in the shadow of Edinburgh Castle and Arthur Seat. The bulk of the membership, like that of the Burgess, were Edinburgh merchants.

This specific date is apprently derived from a Club Minute of 1790 proposing and adopting the new club logo and motto 'Inde Salus' as suitable for a society that was 'more than 30 years old'. The first five minute-books to 1874 are now missing, but this minute was one of those published by Robert Clark in his golf history book of 1875.

As this Golfing Society has subsisted above thirty years, a proposal had been some time ago made for having an Uniform. Mr A Brown produced a design, viz. two clubs crossed with four balls, with the opposite motto below 'Inde Salus'. This was considered and approved by the meeting.

The minutes also show Mr Brown had been trying to get the crest and motto adopted since at least 29th November 1788, when he previously presented it to the meeting.

In his preamble to the Bruntsfield Links Society section of his book, Mr Robert Clark comments that 'The first Minute-Book in the possession of the Club dates from 1787, in which year the Club underwent conversion from a Society to a Club, whatever that may mean'.

This Society having been formerly, by general consent, instituted into a Club for the healthful exercise of Golf, of this date agreed to continue the same monthly, on a Saturday which shall be judged most convenient for the Members, and to assume six additional gentlemen, each of whom to be proposed by a present Member, and to lye on the table till the following monthly meeting before admission.

At this time both Bruntsfield Links and Burgess golf clubs met in the establishment of a golf club-maker Thomas Comb, who had bought Golfhall, with David Baptie, in 1760. David Baptie, and later his son John Baptie, ran the pub, while Thomas Comb probably worked the ground floor of Golfhall. This building can be seen in the Paul Sandby watercolour of 1747. Thomas Comb bought out David Babtie in 1763 and lived in Golfhall until his death in 1797. He would have been the main golf-club maker to the Bruntsfield Links Golfing Society for almost 50 years. 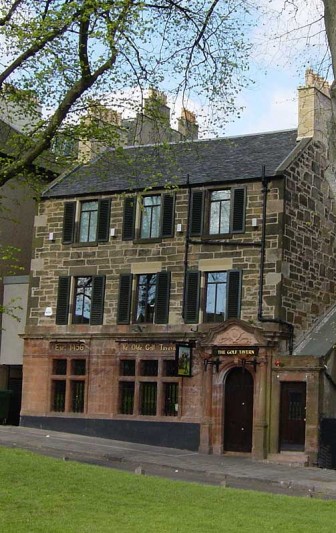 From 1852, the Bruntsfield Links club used a three storey tenement, 30-31 Wrights Houses, as their clubhouse, until 1890, even after the club had formally moved to Musselburgh. The building itself, known today as The Golf Tavern, dates from c1831 and is the oldest longest-serving golf clubhouse in the world. Initially the club was on the first floor, but then moved down to the ground floor.

30/31 Wright's Houses was remodelled as a pub in 1898 by RM Cameron, who also designed the present Burgess clubhouse. The Bruntsfield club's locker room is believed to have been the room on the first floor, accessed via the staircase on the right hand side.

The minutes of the Society for the first 130 years are missing. The first thirty years probably did not exits and the next 100 years were lost.

The first Bruntsfield Captain was Mr Hepburn, who was elected 'nem con' in 1793 and who was given a Caddie, clothed 'at the expense of the Society'.

Several club-mistresses are known, including Agnes Gilchrist and Jane Stewart, who served the club between them for almost 50 years.

On 25th April 1818, the Bruntsfield club formally presented an invitation to the Burgess for an annual match and conceded that the Chairman at the gaming dinner afterwards would be the Captain Duncan of the Burgess, as captain of the 'senior' club, with the Bruntsfield's Captain Gardner acting as Croupier. This invitation is recorded by both clubs, though much more fully by the Bruntsfield, as reported in Robert Clark's book. The Bruntsfield society detail the invitation and explain the subsequent match on 4th June 1818, was to mark the opening of a sixth hole at the south end of the Links, to be called the Union Hole in commemoration of the goodwill between the two clubs. The Bruntsfield Society won. 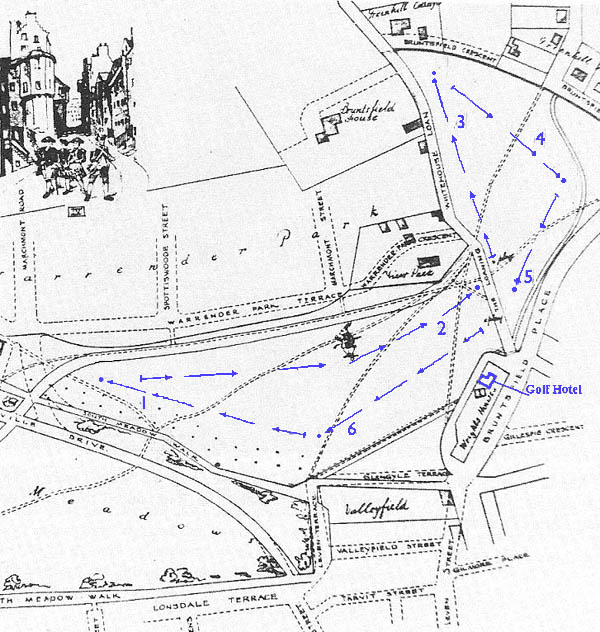 There is suggestion there was a previous match on 25th May 1803, but only a dinner is recorded in the Bruntsfield minutes and thus the first confirmed inter-club match is that of 1818 mentioned above.

The Society's oldest medal is the Golf Medal played for since 1819, for which Rules were published.

Because of congestion in Edinburgh, Bruntsfield began playing on to the course inside the racetrack at Musselburgh, which had eight holes at that time. From 1839, they often played medals there and dined with the (Royal) Musselburgh. In 1876, they formally voted to move to Musselburgh. Some of the Bruntsfield members did not want to move, so arrangements were made to continue to use the clubhouse facilities at 30-31 Wrights Houses, which was done until 1894.

The club celebrated its centenary in 1861 in the Freemason's Hall, Edinburgh, with the Lord Provost and several other dignitaries as honoured guests. At the dinner, the Bruntsfield Captain Josiah Livingston claimed that the Bruntsfield and Burgess had originally been one club, but had split over political differences of opinion in the aftermath of the Glorious '45, the rebellion of 1745, which had divided Scotland. The Captain later claimed that there was evidence in the minutes to support his story, but the club archivist of the time and author of Reminiscences of the Old Bruntsfield Links could not find any. 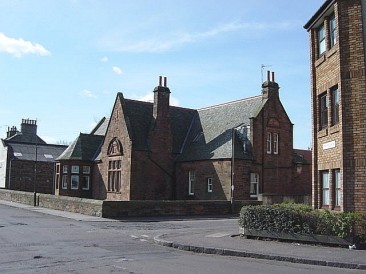 From 1862 to 1868 the club made temporary clubhouse arrangements with the golf ball maker, John Gourlay, who was based in the grandstand there. They dined at Mrs Forman's beside today's 4th hole. Then in 1872, Bruntsfield purchased the vacant St Peter's Episcopal Church in Millhill (since demolished) and moved once renovations were complete. In 1886, they built a new clubhouse, which is still standing at the corner of Balcarres Road and Millhill and is now a social club.

Soon, Musselburgh was also becoming crowded and in 1897, negotiations were concluded with the Maitland family to purchase land at Barnton Gate, now Davidson's Mains, in west Edinburgh. Bruntsfield then commissioned Willie Park Jnr, a Musselburgh man and Open Champion, to lay out a course, which was opened in 1898. 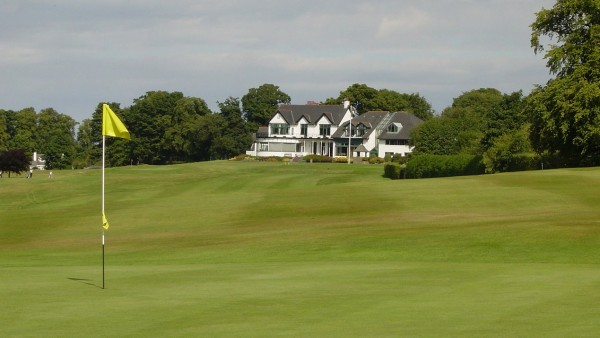 The clubhouse has incomparable views of the Firth of Forth. Visitors are welcome at off-peak hours, as detailed on website of BLGS.