Golf had been played on Montrose’s extensive links for centuries before any formal society existed. Essentialyy, 'club' activity got off to a rolling start over 50 years.

Arguably, the inauguration date of the Royal Montrose Golf Club should be 1785, when a group of golfers organised a Petition to the Sheriff Depute (a minor judge) to complain about a tenant farmer ploughing up part of the links. Other golf clubs have used similar criteria as evidence of their foundation.

The official foundation date of 1 January 1810 for the Montrose Golf Club comes from the embossed cover of the Club’s first Minute book, although the first extant minutes don't begin until 1813.

The first Captain was James Bertram in 1817; the first gold medal was commissioned and played for in 1818; the first rules were drawn up in 1830 and the first Treasurer was appointed in 1848.

The Royal Montrose Minutes contain details of the Montrose course card in 1849, which was a round of 17 holes on the common east and north links measuring about 6,120 yards. At the time, there were 11 holes, of which holes 5 to 10 were played twice. Later there were other holes and a course on the south links, which provided at least 25 holes, though there is no evidence that they were all routinely played. From 1863, the annual medal was played over 18 holes, technically making Montrose the second oldest 18-hole golf course after the Old Course. 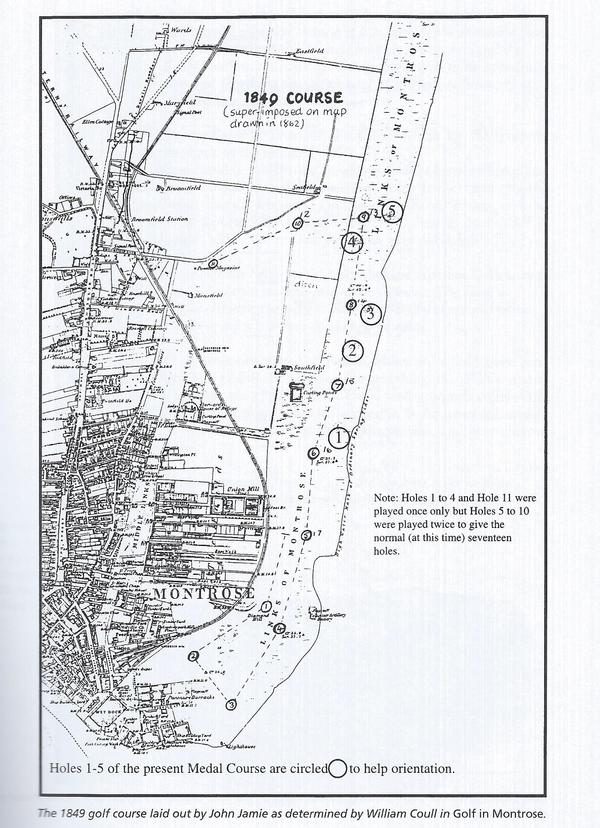 In 1866, there was a grand match which used all 25 holes. The competition was advertised in the national press as an "Open Championship to be held on Montrose Links. Over 25 holes, being One Round of the Golf Course". It stands as a record for the longest round used in professional golf. The field included four present or future Open Champions. Foremost among the competitors were Willie Park of Musselburgh, winner of the first Open Championship at Prestwick, who finished second with a score of 115, and Andrew Strath, the reigning Open Champion, who finished fourth on 119, as did Jamie Anderson of St Andrews, future three times winner of The Open. Old Tom Morris, also an Open winner, only managed to score 121 and Robert Kirk won third prize with 117. The overall winner was William Doleman, with a score of 112. At the time, he was driving a baker’s van in Glasgow, though he is better known in golf as the first named golfer to play in Canada, when he visited there as a sailor in 1854. 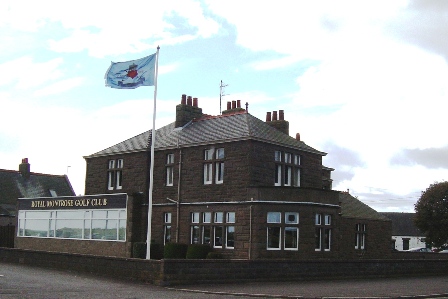 Royal Montrose Clubhouse, Traill Drive 1906. This it their third club-house after Southfield House 1866-1890, which is opposite the present one, and the Stone  Bridge club-house 1890-1906, which is in the south of Montrose.

The Royal Montrose had several clubhouses, mainly because of course changes. To begin with they played without a clubhouse, but from 1866 to 1890 they rented 'Southfield', a house which still overlooks the present 18th green. They then built the Stone Bridge clubhouse, facing the South links, and used it from 1890 to 1906, when they had to abandon it after the Town Council’s redevelopment of the Links relocated the start and finish of play further north. Finally, they settled on the Traill Drive clubhouse where they are today on the corner overlooking the first tee of the medal course.

Over this period, there were over a dozen golf clubs formed in Montrose. Details of other Montrose clubs and their amalgamations are outlined in the list shown here.

One of them was the Montrose Victoria golf club founded in 1864 and called The Victoria Club. It shared the links with Royal Albert and, for a time, rented a room in their clubhouse at Southfield before buying a house in Faulds Road. Later they built their own clubhouse which is now Roo’s Leap restaurant, just two doors along from present Royal Montrose clubhouse.

In the late nineteenth century, various other open golf tournaments were played at Montrose, one of the most notable being that of 3 October 1888. The players were the leading lights of the day and included Old Tom Morris Professional St Andrews, Ben Sayers Professional North Berwick, Willie Fernie Professional Troon and Willie Park Jr Professional Musselburgh. The winners and their scores and prizes were as follows:-

The present Medal Course, managed by the Montrose Golf Links, owes much to a design by Willie Park Jnr. in 1903. He had made alterations to a layout by the Mercantile Club two years earlier in which Old Tom Morris had advised.

Currently the Caledonia Golf Club, whose club-houses is over the road from the Royal Montrose, are the other main club playing at Montrose. 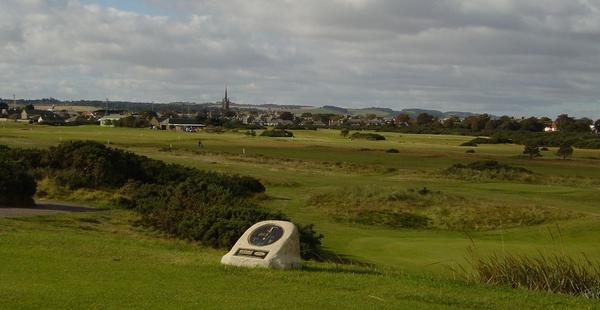