Scotscraig Golf Club was founded in 1817 by members of the St. Andrews Society of Golfers, including William Dalgleish of Scotscraig, whose lands included 'Garpit', part of which had a racecourse with 6 golf holes inside it. Today's course is on the site of this racecourse, to which the club returned in 1888.

"A party of gentlemen having met in August 1817, it was agreed upon that a club under the name of Scotscraig Golf Club should be established; that there should be two meetings annually, the one in Spring and the other in Autumn and that at the latter, a golf medal should be played for. A gold medal having been procured, it was appointed to be played for on Tuesday, September 29, 1818".

William Dalgleish was appointed as the first Captain of Scotscraig Golf Club at this meeting. An early member and medal winner was David Hunter from Carnoustie, where he had a golf course on his own estate.

Competitions of the new Scotscraig Golf Club were decided over three rounds of the Garpit's six holes. The first competition winner with 105 strokes for the 18 holes was Captain Playfair, who would later become Sir Hugh Lyon Playfair and Captain of the Royal and Ancient. Scotscraig was an early adopter of 18 holes as a medal round, influenced by its members who played the Old Course.

In 1818, the Club officially appointed David Robertson as their (featherie) ball maker. David's son Allan Robertson would become renown as a champion golfer and the man who trained Old Tom Morris.

Their first official meeting place was Pryde's Inn in 'Ferry-port on Craig' (now called Tayport). In 1834, they held functions in Adamson's Cross Keys Hotel in St Andrews, just before they came to suspend operation. The hotel building was redeveloped in mid 19th century and is now a private house, but its old bar from 1858 still exists as The Keys Bar.

The Garpit links were ploughed up in 1834 by the tenant farmer. The members tried to keep going by playing at Montrose and elsewhere, but it did not last and, by the following year, the minutes stopped. The Club effectively went into abeyance, until the 5th May 1887, when a meeting was held in Templar's Hall in Tayport to resurrect Scotscraig Golf Club.

Admiral Maitland Dougall, into whose possession the 1818 and 1830 medals had come, presented them back to the Club and was appointed Captain.

The first course they created to the west of Scotscraig was not satisfactory, so the members petitioned the Admiral for a new course. This was duly opened in April 1888 on the site of the old Garpit course and racecourse, with members having use of the nearby fever hospital as a locker room.

By 1893, the course was 9 holes and was extended to 18 holes in 1904. The course is owned by Scotscraig Golf Club and is the oldest course owned by the club who founded it. The clubhouse built in 1896, contains an exhibition of the club's history. 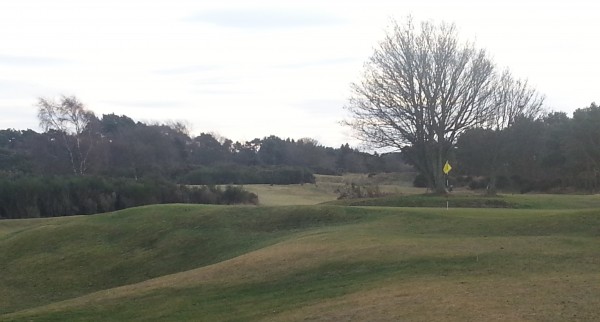