Old Manchester Golf Club was officially founded in 1818 as The Manchester Golf Club. There is a reference from 1837 that the club was started in 1814 by Mr William Mitchell, so it is likely that groups of golfers were playing in Manchester in the years beforehand. Originally quite an exclusive club, it later became an artisan club. 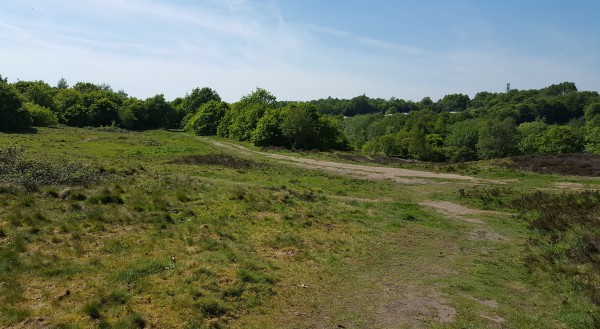 Kersal Moor today is very overgrown, but the original course is not thought to have been much better.

Manchester played Kersal Moor to begin with, before moving to an area south of Vine Street nearby, where they built a clubhouse. These courses were poor by comparison to the links courses in Scotland and those that would be established elsewhere in England, such as Westward Ho!. Partly for this reason the Club often struggled for survival.

The Golfer's Year Book for 1866 reports that the club was limited to 12 players, though it lists 15 members and two honorary members. 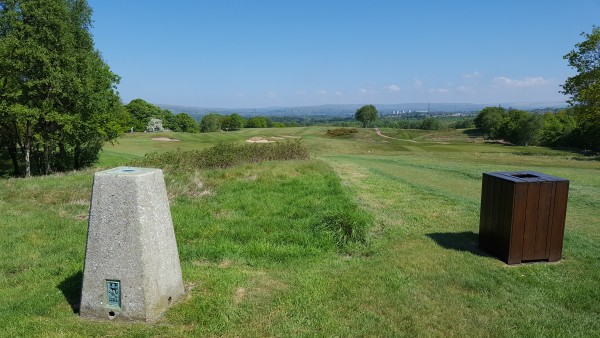 Apart from 1880, the club disbanded several more times in 1890, 1960 and 1980. Today it is still an active society without a course or clubhouse. They meet three times a year to play a rota of courses for their historical trophies, which date back 200 years. 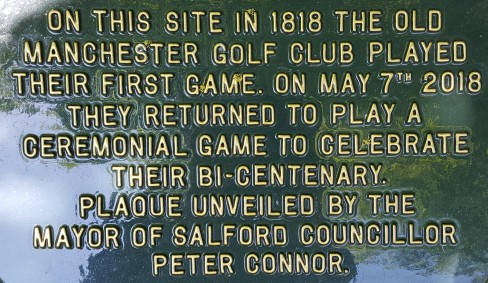 In 2018, in celebration of the Club's bi-centennial year, they arranged a temporary course of 3 holes on Kersal Moor that was played with hickory clubs.

More details of the Club's history, its old courses and the bi-centennial event on Kersal Moor are available on the Club's new website.

Details of the old courses at Kersal Moor and Broughton Park are also given at Golf’s Missing Links.