Lanark Golf Club was founded on 4th October 1851 by a meeting of 25 local golfers, though there were reports of local residents playing golf on Lanark Moor before this date. Robert Lithgow, William Lithgow, John Vassie and Thomas Purdie, all future Captains of the Club, were reputed to have been playing over four holes on the moor for some time before the club was formed. Tradition was that they added an extra hole when a new member joined.

The Club adopted the rules of the St Andrews golfers on 8th July 1854.

In 1851, there were six holes on the ‘Common Moor’, then owned by the Royal Burgh of Lanark. The original layout is not known, but from the layout of 18-holes course in 1897, it can be presumed to be in the area in front of the clubhouse, bounded by the road, the loch and the wide ditch. The club have been able to stay there ever since and have expanded to the east and north-east.

Lanark GC Holes 1 & 18 with clubhouse and loch to the right. The 18th crosses the 1st fairway.

Burgh records show that on 28th March 1856, they were granted permission by the Council to build a clubhouse, on condition that it would revert to the Burgh if the Club dissolved.

Application by golfers to erect house. Provost Grey enquired if the Council would allow that Golf Club to build a neat little brick house on the east end of the engine house for the purpose of holding their Clubs, the house to become the property of the Burgh on the breaking up of the Club. The Council granted the request.

It implies a sizeable club to merit this development and be able to afford it. The Loch was used in winter by the local curling club. The present-day clubhouse dates from 1882 and is close to where the old clubhouse was.

The golfers shared Lanark Moor with the local militia, who had established a camp at the eastern end of the moor in 1855. The camp was on the site of the practice ground, beside the current 14th fairway. There is no record of militia officers joining Lanark Golf Club, but they may have been granted the courtesy of the course. In later years, the club formed a close association with The Cameronians (Scottish Rifles), the 1881 successors to the Royal Lanark militia, and the Club have several trophies donated by the Regiment, including the Army Cup. 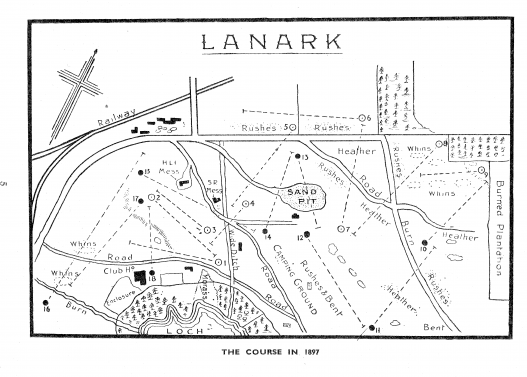 Finally, in 1887, the course became 18 holes. It was designed by George Sayers, but constructed by Old Tom Morris, who was paid £3 and 10 shillings for his work. Initially, the course was not entirely satisfactory and when the army departed and more land was acquired in 1909, a better course was constructed. At the same time, proper financial arrangements and a lease were put in place, marking the beginning of a period of growth and prosperity for the club.

The course developed a strong reputation in golfing circles, to the extent that it almost became ‘Gleneagles’.  It was only by one casting vote that the LSM Railway Company decided to build their grand hotel at Gleneagles rather than at Lanark.

In 1927, James Baird was engaged to make improvements. The present course layout dates to this time, with only the exceptions of ‘longer tees and modern bunkering’.

Lanark course still has 'crossings', that is holes where golfers play over another fairway. Golf courses in olden day often had these and they were much despised by golfers as they slowed down play. Nowadays health and safety would not allow courses to be created with such hazards. At Lanark there are three crossings - the 1st & 18th; the 2nd and 15th; and the 9th and 10th holes. This makes it one of few places in the world where you can experience golf as it used to be played. 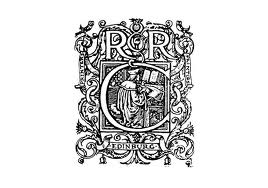 An eminent early player was Robert Clark, who became Captain of Lanark GC in 1862. He was a ‘plus 5’ player and editor of the seminal work  "Golf - A Royal and Ancient Game" and founder of the famous printing company R&R Clark, who became the Edinburgh University printers in 1946. However, Robert's greatest claim to fame is that he is unique in losing a match-hole where he made a hole-in-one. At Musselburgh, after searching for and not finding his ball in the area where he presumed it to be, he generously conceded the hole. Minutes later, his caddy found the ball in the hole!

Two other clubs joined Lanark Golf Club on the Moor. Lanark Juniors was founded for younger players in 1893. Lanark Ladies Golf Club was recognised in 1895, and briefly declared independence in 1909. Since 1947, both have been part of Lanark Golf Club.

Although the club owned the land that the clubhouse was built on, it was not until 1995 that they purchased the course itself from the local District Council.