Recent research indicates that Royston is where the first golf game was played in England and that George Villiers, Duke of Buckingham was the first known Englishman to play golf. Royston may well be the first golfing ground in England, rather than anywhere in London.

When King James VI/I travelled south in 1603 to London to claim his new English throne, he stopped at Royston, where he was entertained by Robert Chester. He was so taken with the area for sport that he hired Chester's house the following year and then began converting two local inns into a hunting lodge, where he sojourned frequently during the remaining years of his reign. Though the royal lodge at Royston is not widely known, the full history is well documented locally. 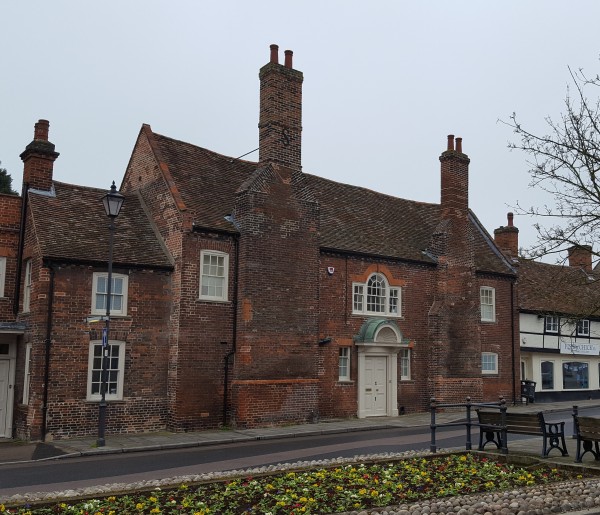 A single building in Kneesworth Street, opposite the Royston Museum, is all that remains of the of the 'King's Lodgings'. James spent nearly £4,000 on his lodge, worth millions today. He created a game reserve of 16 miles radius for his hunting, with game-keepers to protect it from poachers (and scholars from Cambridge). He even ordered the local farmers to take down the boundary walls and fences between their lands to make hunting easier. His courtiers said that the King was so 'exceedingly well pleased with the air of these parts' that he would 'have a more Royston life than ever he had.'

King James is a noted golf player, (or at least a noted purchaser of golf equipment) as were both his sons, who visited Royston on occasions. King James VI/I died on March 27th, 1625.

We know golf was definitely played at Royston in October 1624 because there are records for expenditure on golf in the account books for George Villiers, Earl of Buckingham. (1). They document purchases of clubs and balls and a lost golf wager.  This is the first note anywhere of golf by an Englishman or, in fact, by anyone who was not Scottish.

This is clearly a golf match and gives us the first golf match outside Scotland and a second English golfer, Sir Robert Deale. The accounts were kept by Sir Sackville Crowe and other golf expenditure is noted later in the year and the beginning of the next year. Curiously, the writer refers to the golf clubs as bats in these later references. 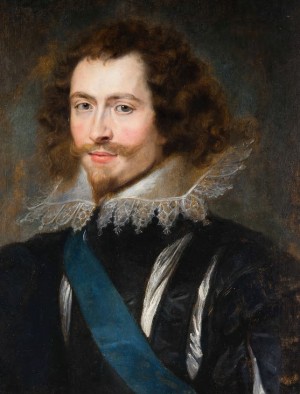 George Villiers had become a favourite of King James I soon after they met in 1614. By all accounts, Villiers was an athletic individual and over the next three years, Villiers was appointed Master of the Horse, a Knight of the Garter, and then the 1st Earl of Buckingham. By 1619, he was a Marquis. Recently a new portrait of him by Rubens was 'discovered' in Glasgow.

It is likely that King James was too infirm to play golf in 1624, when Buckingham is recorded as playing at Royston. However, there has to be good reason why Buckingham played golf and why he played at Royston. Villiers would only have taken up golf to curry favour with James or his son Charles and that makes it likely that James played golf after he came to England and most probably at Royston, which had a perfect links quality land on Therfield Heath, within walking distance of the royal lodge. The reference to a golf 'man' or 'keeper' implies either a specialist or someone trained, which could only be justified by regular golf play.

The Earl of Buckingham remained in favour with King Charles after he became King in 1625, but he was killed in 1628. Buckingham had gone to Portsmouth to arrange an expedition, where he was murdered by a disgruntled former soldier, John Felton, who had taken part in his previous disastrous ventures.  His funeral was held at Westminster Abbey. The 16th century inn where he died in Portsmouth was later renamed Buckingham House and is now marked by a red plaque.

Therfield Heath is historic in its own right. There is a continuous record of human habitation back to the Stone Age. The Heath has a Long Barrow and Bronze Age Tumuli, which can be seen beside the 17th hole and in the picture below.

Therfield means 'dry place', reflecting the freely draining nature of the underlying chalk, which gives it the characteristics of a 'links'. The Heath was originally much more extensive than it is today, but the golf course is on an area close to Royston.

Local accommodation is available at the Old Bull Inn, the oldest coaching house in Royston and about 15 mins walk from Therfield Heath.