There are several early golf references in 'THE RECORDS OF ELGIN,' published in 1908, containing a transcription of old kirk and local documents.  The first golf reference dates back to the 19th January 1597 when Walter Hay was warned about playing golf and bowls on the Sabbath. He wouldn't have been the only one.

Fifty years later, George Watson a golfer and Burgess of Elgin was adjudged liable for the payment of four pounds, four shillings to Alexander Geddes, skinner and Burgess, in respect of the cost of some golf clubs that he had received from Geddes.  Given his profession was a 'skinner', it is not clear whether Alexander Geddes made the clubs or just sold them, but Watson appears to have duly paid him and the judgement was struck out.

In May 1649, later in the same year, in a breach-of-the-peace action, a 'George Watsone' is noted as a 'golf bal maker'. His profession is noted again in another reference three years later in 1652, in the "BURGH COURT BOOK", when George Watsone 'golfballmaker' appears as the recipient of a payment from Captain George Smyth (or Smith), though the matter did not seem to involve golf.  It seems very likely that this is the same George Watson who played golf and he may well be the George Watson who was enticed to go to Edinburgh in 1669, where they had a shop in Leith Wynd(1).

Putting all of this together, there is clear evidence of golfing activity in the area, but where exactly is not certain.  However, a few years later, in nearby Forres, there is a record of other known golfers and definite confirmation of golf play and an indication of where it might have been. 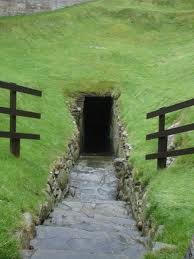 In 1672, Alexander Brodie of Brodie, Member of Parliament for the County of Elgin in Scotland, wrote in his diary about a visit he made to a spa at 'Riuus' to take the waters, apparently to alleviate gallstones. He also says that he played golf at 'Burgi'.  For some years, this was thought to be at Burghead and the spa was either the Burghead Well at the end of King Street or St Aethan's Well, further along the coastal path. St Aethan was a follower of St Iona and brought Christianity to the Northern Picts.

However, a recent re-appraisal of the information clearly shows that 'Burgi' is Burgie House, a haunt of Alexander Brodie, and that the golf and spa were nearby. (1)

12. I did this day begin to drink at the well of Riuus; som effect it had as to appearane. I past this day ther, and made use of golfing for exercis of the body. Whil I drink, let this be noe snar to me. . . .

19. This day I returnd to the well at Riuus to drink water; and desiring to use it as a means throgh His blessing to prevent the diseas which I am subject unto of the stone. ... I was this night at Burgi. Mr. Colin Falconer drank with me, and we recreated the bodi by pastim at golf.

Lord ! let this be noe snar to me. This day I continued ther at the well, and until Saturday, the 24 instant.

Brodie mentions drinking at 'Burgi' (Burgie House) with Mr Colin Falconer, the Minister of Forres. Afterwards they took physical exercise in a game of golf. Burgie House still exists, as does the spa 'Riuus', which is the water source for the local Glenburgie distillery. 'Riuus' is almost dertainly derived from 'rivus', the Latin for river and there is a local farm called 'Rheeves', clearly a connected derivation as the reported spa waters. Near one of these two places is the most likely area where Alexander Brodie MP and Rev Colin Falconer played in 1672.

The earliest organised golf course in the area was at Burghead, which was the site of the Burghead and Duffus golf course and club, laid out in 1896. The first course was unsuitable and the golfers then moved to Clarkly Hill nearby. More details of this course can be found at Golf's Missing Links. 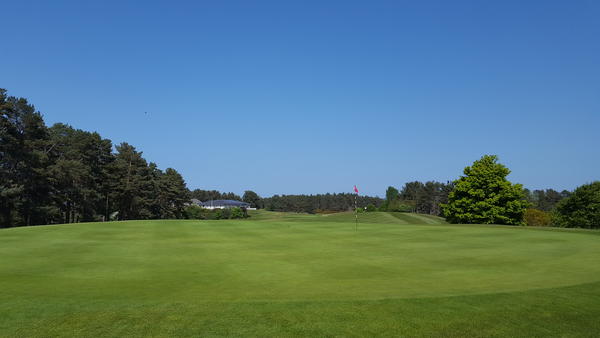