A 'links golf course' refers to the type of soil and terrain on which it is built.

The meaning of words changes over time. Originally a 'links' was any rough grassy area between the sea and the land and the word itself is derived from the Anglo-Saxon word 'hlinc', of about 931 AD, meaning a ridge. Later the word was used to denote any common grassy area and today the term 'The Links' is commonly used to refer to any golf course. 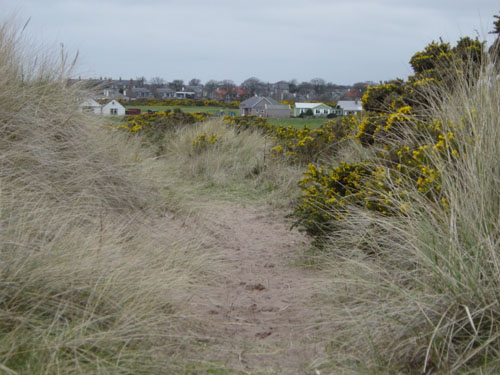 Montrose Links sand, grass and gorse as links used to be.

True links soil is sandy and because of the lack of its moisture, the grass tends to have short blades with long roots. The grass in the rough is often wispy long grass which makes play very difficult even in a good lie. Links courses drain well and provide a very firm golfing surface all year round, and are thus the preferred choice of most good golfers.

Links land is common on the east coast of Scotland from Wick to Berwick, but it is also found in the south-west coast and the Hebridean islands, as can be seen from the distribution of links courses in the map below from Robert Price's book. 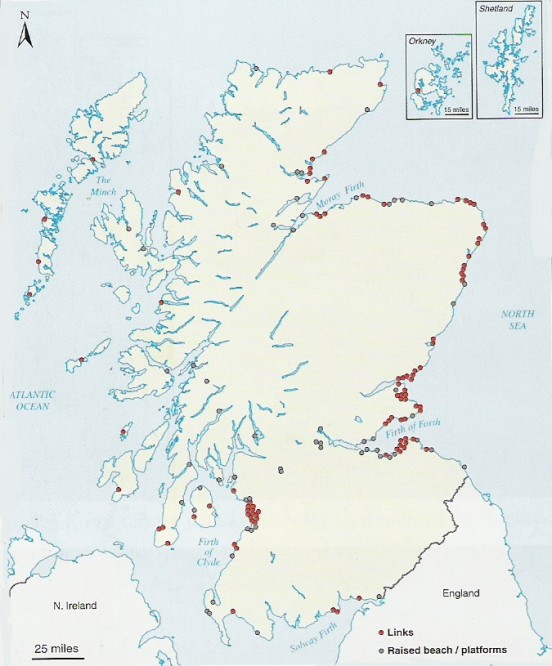 Early golf developed on links land. In time the golf links were cultivated and the sand and burns (small rivers) that crossed the links were shaped into the hazards that they are today, the Bunker and the Water Hazard.

While there may have been permanent golf holes created on early courses, the order to play was variable, as evidenced by reports at Earlsferry.  On St Andrews Old Course the holes were in a line and thus could only be played in a given order, which eliminated confusion and interference. To avoid these problems, the Aberdeen Golf Club laid out a defined course on Aberdeen Links in August 1780, the first known to do so.

Links terrain was ideal for golfing in the early days for several reasons.

The land is naturally undulating and extensive but of little agricultural value and thus very suitable for this kind of use. The combination of the links and 'featherie' ball were probably the making of golf while other similar games died out for lack such a suitable place to play, where you had the excitement of being able to hit a ball out-of-sight.

Because there were no mechanical grass cutters before the mid-nineteenth century, golf was predominantly played in winter when the grass was naturally short following animal grazing. The links area on the east coast was accessible to the golfers of the time and coincides with the area of minimal rainfall in Scotland. With its better drainage, links land is therefore more suitable for winter play and was less damaging to the early leather stitched golf balls that were used.

When golf was banned by royal decree from 1457 to 1502, the fact that golfers could retreat to the links, out of sight of the populace, would have made it easier for golf to be played despite the official prohibitions. The same would also have true of Sunday golf during the period of religious persecution for Sabbath golf from 1580 to 1724.

The Links in Scotland may not just be why people come to play golf here, but why golf developed into the popular and successful game that it is. With club and ball, the links is one of the Golf Trinity which only Scotland had and which enabled the game to develop properly. 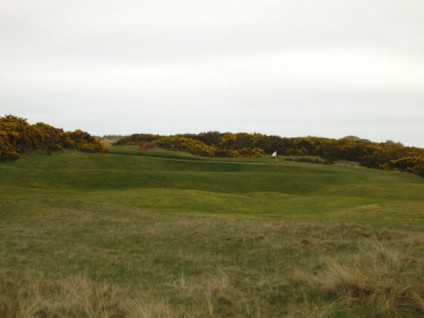