Why the Royal Company of Archers have a golfing picture of their President and why the Honourable Company of Edinburgh Golfers only have a copy of the picture they commissioned. 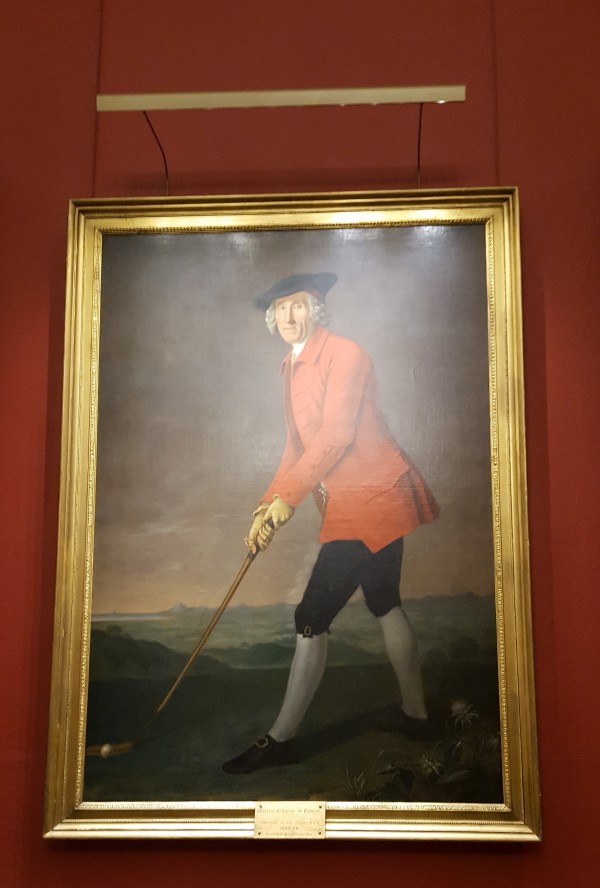 William St Clair of Rosslyn, painted as Captain of the Leith Golfers by Sir George Chambers 1771

On 11th March 1771, the Leith Golfers resolved "to have the picture of their present captain in full length in his golfing dress in their large room" and "requested him to sit for the same, which, he having agreed to, Sir George Chalmers is appointed to paint the same, which is to be done at the Golfers' expense as soon as conveniently the same can be done". The picture took pride of place in their newly built Golf House, for which William St Clair himself had laid the foundation stone. 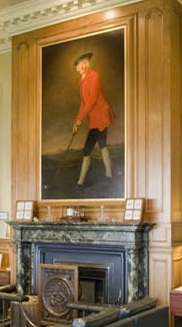 Many years and several names later, the group would become the Honourable Company of Edinburgh Golfers and move to Muirfield, via Musselburgh. The picture, however, did not move with them. It stayed in Edinburgh and the picture in their present clubhouse is a copy.

Long before the Leith golf club arrived at Muirfield, the original portrait had passed into the possession of the Royal Company of Archers, of whom William St Clair had once been President.

It's a sad tale. In 1833, because of bad debts, fraud and inappropriate expenditure, the Leith Golfers had fallen on hard financial times. They had no option but to sell their treasured possessions and the Royal Company of Archers bought Sir George Chambers' picture. William St Clair had been the President of their Council 1768-1778 and it saved them the work of having to get their own portrait painted.

Unfortunately, the amount raised by the sale of the picture was not enough to clear all the Leith Golfers' debts, so they had to sell their Leith Golf House as well. A few years later, they moved to Musselburgh and set themselves up again. In time, they tried to buy the picture back, but the Royal Company declined to sell. So the Honourable Company arranged for a copy to be painted and made do with that instead. When the Musselburgh course became congested, the club moved again to their own course at Muirfield. And that is how the picture that hangs in the clubhouse of the Honourable Company is a copy and not the original that they commissioned. 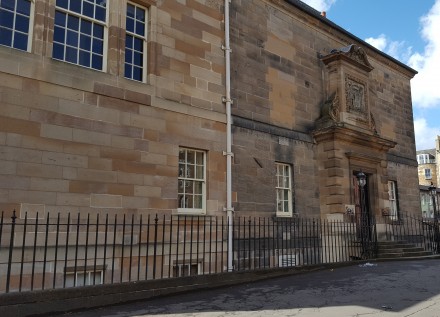 Archers Hall in the Meadows, built 1777, where the original picture hangs

In 1900, the Royal Company of Archers extended their own clubhouse, called Archers Hall, at the west end of The Meadows in Edinburgh. That enabled them to build a magnificent dining room, festooned with grand full length portraits of their Presidents, including Queen Elizabeth II and William St Clair.

And that is how the portrait of William St Clair owned by the Royal Company of Archers is in the costume of a golfer, with a round blue Scottish bonnet, driving a ball from the tee.

This famous portrait is one of the most reproduced around the golfing world, which raises an interesting question. Are these reproductions of the original portrait or are they copies of the copy? 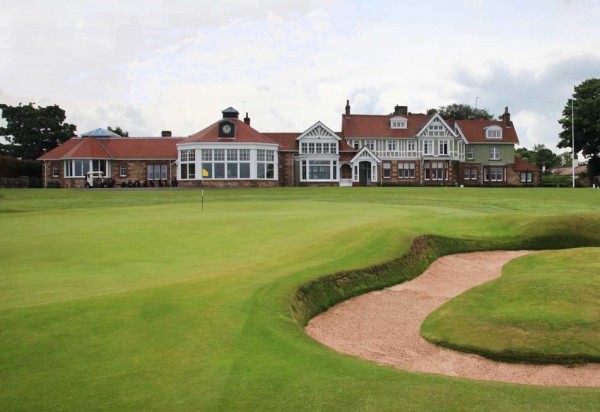 Muirfield clubhouse - where the copy of the picture hangs

The picture of William St Clair is not the only connection between the archers and the golfers. The archers held competitions on both the Bruntsfield and Leith golf courses. In the early days, they also had common members and at least one mutual club-master and clubhouse. Most importantly, the official bow-makers to the Royal Company of Archers were also the club-makers to both the Bruntsfield and Leith golfers for over a hundred years. More details of these connections have been published here.