Monifieth is close to Barry links, which is where Sir Robert Maule, the first links golfer, is reported to have played golf in 1527.

In December 1639, there was a summons issued to Robert Morome for playing golf on Sunday. This led the local kirk session to pass a bye-law in 1643 banning golf on the Sabbath. However, there is no way to tell where golf was being played at this time.

The Monifieth Links were known to have been played in May 1845 by the Panmure Golf Club, which was founded by 17 gentlemen golfers from Dundee and named in honour of its patron Lord Panmure, owner of the land on which the links was laid out. This was a direct consequence of the new railway linking Monifieth to Broughty Ferry and Dundee.

The members engaged Allan Robertson and Alexander Pirie from St Andrews to advise on the course layout, which was initially 9 holes. These holes were in the area covered by the present 1st to 3rd and 15th to 18th holes. They had to be reduced to six holes two years later, following a dispute and legal intervention by the local tenant farmer, who had rights to the land where the course had been laid out. When the tenant died in 1852, the course was extended to 10 holes.

During the period of the dispute and afterwards, the Panmure club played some of the medals at Carnoustie and considered moving their permanently. They decided against the move initially and built a clubhouse on Princes Street in 1871, which overlooked the links at this time. With the advent of the cheaper ‘gutta-percha’ ball, golf became more popular and the links became crowded. Eventually, in 1898, the Panmure GC decided to move to their own course further north-east at Barry, between Monifieth and Carnoustie. When they left, the Ladies Panmure Golf Club, founded in 1893, took over their 1871 clubhouse.  Currently this is the third oldest extant clubhouse in continuous use.

The oldest club still playing the links is Monifieth Golf Club, which began as an artisan club in 1858. They are believed to be the third oldest artisan club in the world after Carnoustie and St Andrews.

The Monifieth club were joined in 1878 by Broughty Golf Club and in the next decade by the Courier and Electric, Dundee Advertiser and Licensed Victuallers golf clubs. In 1898 the Grange club was created by members of the Panmure club who did not want to move to Barry. By 2005, through a series of mergers, all other clubs except the Monifieth and the Broughty had amalgamated to become the Grange Golf Club. 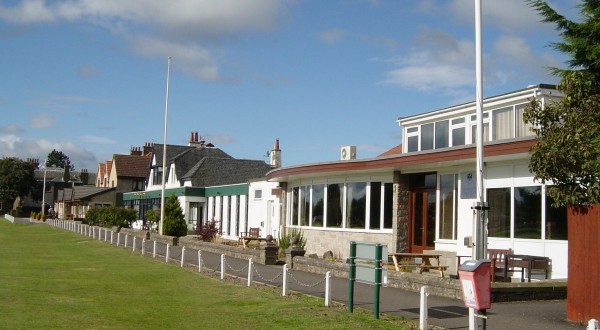 The 10 holes created in 1851 were reduced back to the nine in 1871. In 1880, additional land was purchased and the course was extended to 18 holes. These were lengthened and remodelled in 1898. Though there were further alterations in the next century, the first nine holes are substantially the same as laid out in 1898 course, known today as the Medal Course.

In 1912, the Ashludie field, as it was known, was bought and a 9-hole course, called the Ashludie, laid out by Willie Park from Musselburgh. When it was extended to 18 holes in 1930, there were further alterations to the back nine of the Medal course. 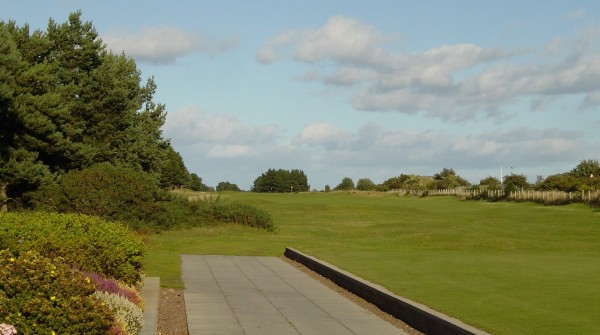