Perth is an old golf site and has an extensive history dating back to 16th century.

The South Inch may have been the earlier of the two areas to be used for sporting events such as golf, horse racing and cock-fighting, but is hemmed in by housing and golf is no longer played there. It was played from at least 1613 to 1845, when golf transferred entirely to the North Inch. In the 19th Century, the South Inch had 8 holes, later increased to 12 holes.

Records of kirk prosecutions for Sunday golf in Perth include some for playing golf on North Inch, on the banks of the Tay, in 1599 and again in 1604. In 1774, James Cant observed that both the North and South Inch were used by the good citizens of Perth in spring and autumn for exercise with ‘golf-clubs and balls'. However, it is unlikely that this is the area of present play, which starts further north.

The North Inch had a sizeable racecourse, prominent on maps in 19th century and still visible in outline today. Golf was often played inside racecourses and still is at Musselburgh. 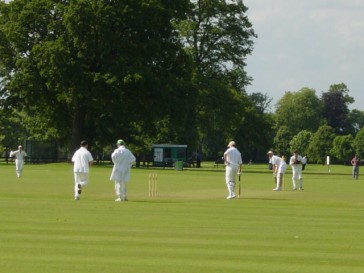 In 1803, the course only had six holes, but these were on the southern part of the North Inch. “Beasley's World Atlas of Golf" asserts that these six holes are the first recognizable course in the world, though this is probably an erroneous conclusion from a combination of assumed facts. This area is no longer used for golf, only general recreation and cricket, which is considered to be more Perth's game than golf is.

When the Perth Golf Club was founded in 1824, mostly of county landowners and gentlemen, they played the North Inch. In 1858 the King James VI golf club was started by Rev Charles Robertson, also known as "gowfin' Charlie".

In the early 1860's, the North Inch was extended to 10 holes and, in 1865, to 12 holes, and this definitely extended the golfing ground north over the current playing area. Over the centuries, the size and fortunes of the course waxed and waned.

In 1870, a 6-hole ladies' course was established just north of Balhousie Castle. This was later lost to gazing by cows and is now a built up area. Balhousie Castle, beside the visitors’ centre, houses the Black Watch regimental museum.

In 1892, ‘Muirton Field’, further to the north, was acquired from Lord Mansfield with money from a sponsor of the Perth Artisans Golf Club. This enabled an 18-hole course to be created, with six new holes laid out by Old Tom Morris. The first tee and the home green were still at the south end of the racecourse. 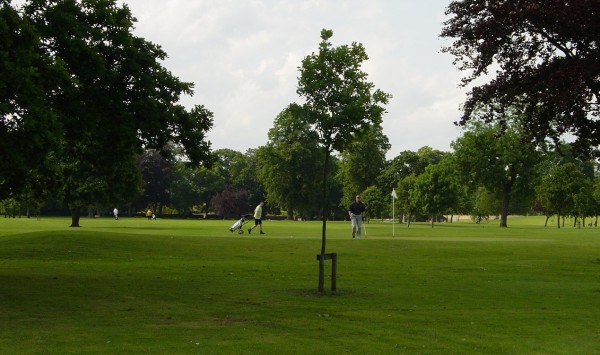 Within a few years, in 1897, a local tenant claimed back some of the land, a common problem with leased land, and the course was foreshortened again to a basic course of six holes, which were supplemented in summer by an additional six holes on the ‘peninsula’ by permission of the Town Council. It was at this point that the King James VI Golf Club began playing the Moncrieffe course on the island, where it now resides.

In 1927, a gift of land from John Dewar allowed the North Inch course to became an 18-hole course again.

In the last decade, flood works have caused more disruption and the course is only just recently restored to its full 18 holes again. A few years ago the local Council proposed closing the course to save money, but the proposal was rejected.