Perth is an old golf site. It was where the first named golfer, King James IV, bought golf clubs from a ‘bower’ (bow-maker) in 1502, though it is not certain that the King played there.  The honour of the first named golfer at Perth goes to James Gall in 1638. In later years, James Cant reported that the inhabitants of Perth played golf for recreation. However, it was not until 1824 that the Perth Golfing Society was formed. 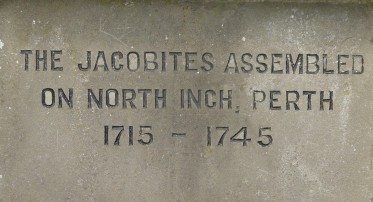 When it happened, it was as distinguished an affair as at any other club. The first Captain was Sir David Moncreiffe, 6th Baronet (1788-1830). The founding group met in the Salutation Inn, reputedly Scotland’s oldest hotel, which had been ‘welcoming guests since 1699’. Bonnie Prince Charlie held meetings there during his doomed Jacobite rebellion in 1745.

The Perth club adopted scarlet golfing jackets for matches, which were initially played both the South Inch or the North Inch. The first competition was on the South Inch over 16 holes and was won in 101 strokes by Sir David Moncrieffe. The Club produced several sets of rules in 1825, 1839 and 1864. Today, only the course on North Inch is left. It has undergone many changes to its layout and design, lately as a result of flood prevention works.

In 1833, the Captain, Lord Kinnaird, solicited the royal accolade for the Club from King William IV, making Royal Perth the first golf club in the world to receive this honour. In the iconic painting, “The Golfers”, by William Lees, several Perth gentlemen are portrayed among the prominent golfers featured.

In the early years, the golfers used a hostelry known as the 'House on the Green', run by a woman called Kitty Reid. It was on the site of 3 Watergate, (now converted to houses). This was equidistant from both the South and the North Inch courses. In 1875, the present clubhouse was purchased, to which additional facilities were added in 1896. These facilities attracted members from a wide area and so, in 1878, the golfers adopted their current title, The Royal Perth Golfing Society and County and City Club.

Like many clubs of this period, they commissioned a silver club, to which silver golf balls were added with the name of the captain inscribed on them. The Club reports that the oldest silver club, 'dating to 1824, has 47 silver golf balls attached and is on loan to the British Golf Museum in St. Andrews where it is on permanent display except when returned for the annual dinner in Perth.'

In 1998, Royal Perth sold a rare metal-headed 18th century putter, made by Simon Cossar of Leith, for a (then) world record price of £106,000 to Senor Jaimie Ortiz-Patino for his Valderrama Golf Club collection. In 2012, it was put up for sale again, but the bidding stopped at £67,250. In 2000, the club commission a silver replica of the putter, which was much cheaper than the original was worth. 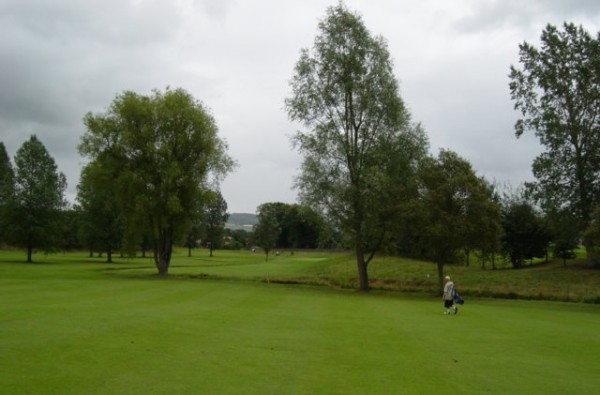