Innerleven Golf Club was founded on February 29, 1820 when 15 golfers drew up their first rules. Initially, the name of the club seems to have been Inverleven Golfing Society, referring to the old name of Innerleven.  Originally members were required to wear a jacket of King Charles tartan when competing for any prize. By 1866, the name had become Innerleven Golf Club.

The first captain was R Black.

They played on Dubbieside, which was on the south/west of the River Leven, and does not exist any more. Dubbieside initially consisted of five holes but was soon extended to nine, though play for the silver medal was over 15 holes. The members also drew up 12 rules of play.

The Dubbieside Links, in 1848, was reputedly the place where Allan Robertson and Old Tom Morris first saw play with the Gutta Percha ball, the replacement of the feathery. It is reported that the song, “In praise of Gutta Percha” was sung at the Spring Meeting Dinner that year. Old Tom embraced the new ball. Allan Robertson did not. 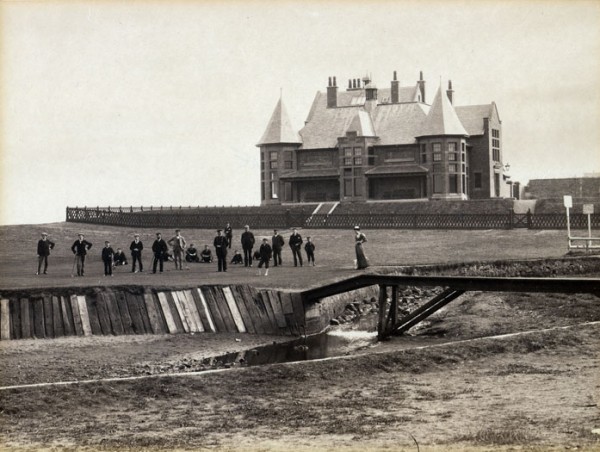 Innerleven clubhouse at Leven built 1894 with bunker at 18th green

The Dubbieside course had 18 holes by 1866, which would have qualified it as the third oldest 18-hole course in the world. Unfortunately, by 1866, industrialization and the new railway lines encroached on the ground and the minutes report that at the Autumn Meeting of 1867, the club decided to play on “the popular green” at Leven. The Dubbieside course was abandoned, and later the Methil power station was built on the site, though it too has been demolished some years ago. The entry for the The Golfers Year Book for 1866 is now a fond memory of the course.

The Dubbieside Links is the only early Scottish 18-hole course of the oldest 18, found in this research, of which no part is still playable. However Innerleven and Leven are fortunate that the alternative Leven Links became 18 holes at the time they moved, which means that they do not lose position in the list of 18-hole courses and the Leven Links, started in 1846 are only a few places below where Dubbieside would have been at 1820 in the list of oldest golf courses. No other club has been this fortunate in their déménagement.

Further details of Dubbieside can be found at Golf’s Missing Links.

Shortly after they moved, in 1870, Innerleven became involved in organising the 'Amateur Champion Medal' competition, believed to the be the oldest open amateur stroke-play completion in the world. They also took a prominent part in managing the Links and by 1876, Innerleven was effectively running the Links with contributions towards the upkeep from the other two Leven clubs.  At this time, the club sublet rooms above the premises of the golf club-maker Alex Patrick, but in 1894 they built a new clubhouse, seen above, on ground they purchased beside the eighteenth green. 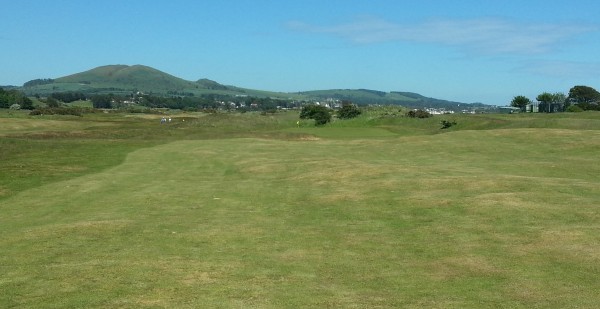