The date on the Burntisland Golf Club crest is 1797. This date is from the note in the New Statistical Account of Scotland (Volume IX) dated December 1836 that states, "A golf club has been in existence upwards of forty years.", which would be from at least 1797.

However, there is an earlier mention in the Statistical Account of Scotland (Volume II), which was published in 1791, "A golfing club was instituted lately by the gentlemen of the town and neighbourhood." Though there is no proven connection with the subsequent Burntisland Golf Club, this date is commonly accepted. 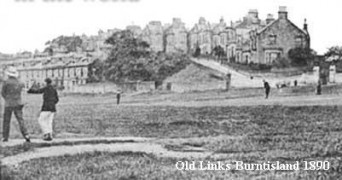 Play was originally on the links at the east end of the High Street, on a course with 15 holes.

The club history mentions that Burntisland was the first club to use coloured balls for winter play. In 1874, in the Christmas competition, the hardy members decided to brave the snow using red coloured golf balls. 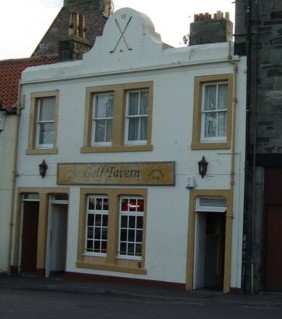 Later the town links suffered the same problem of all golf courses on common land, namely that it became congested.

Nowadays the links are in general use as a park and the only golf connections are the crazy golf green and the Golf Tavern pub.

The Burntisland club decided to move to Dodhead on the north east of the town, building a course on land which was leased from a Mr Kirke. On Saturday, 6th June 1892, the first six holes were inaugurated with a ceremony. After speeches by local dignitaries, Miss Kirke, the daughter of the landowner, played off the first ball with 'a silver mounted club amid much cheering.'

The course was later expanded and has had the benefit of the opinion of Tom Morris, Willie Park. The full 18-hole course was completed in 1898 and was redesigned by James Braid in 1922. 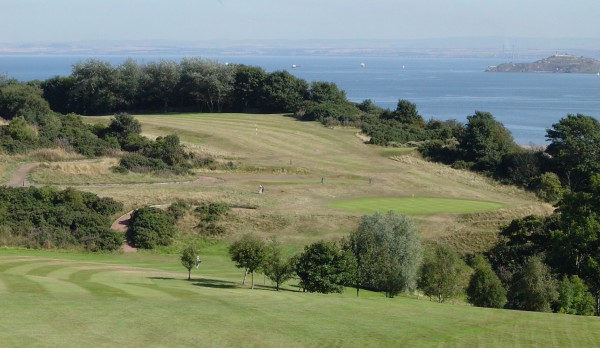 Burntisland, pronounced burnt-island, is probably the most overlooked best course in Scotland.