In 1504, James IV played golf with the Earl of Bothwell. We know this because of the scrupulous records that the Lord High Treasurer kept. On 3rd February 1504, there is a record of 42 shillings being paid to the King for playing 'at the golf' with the Earl, which was apparently paid in French Crowns and may have been a lost wager.

Item to the King to play at the golf with the Erle of Bouthuile iij Franch crounis; summa ... xlij s.

Three days later, there is a note of 9 shillings on new clubs and balls for the King.

Item for golf clubbes and balles to the King that he playit with ... ix s

From contemporary entries, including the delivery of a letter from the Queen to the 'King at Faukland', it is clear King James IV was at Falkland Palace before and after these purchases were made and was staying at George Robinson's inn in St Andrews for a few days during the same period. Falkland Palace is 16 miles from St Andrews and new evidence shows that the golf almost certainly took place at St Andrews, when James was attending the burial of his half-brother James Stewart, who was the Archbishop of St Andrews. (1)

(The purchase of clubs from Perth in 1502 also appears to have been when James was at Falkland.) 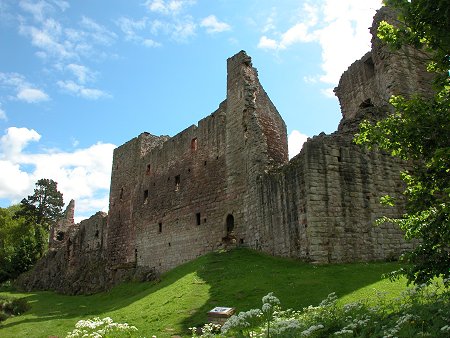 We also know who the King's opponent was. It was Patrick Hepburn, 1st Earl of Bothwell. His family seat was Hailes Castle in East Lothian and Patrick became King James IV's best mate.  Patrick had supported the young James in the rebellion against his father, King James III, and he is said to have been involved in the murder of the old King, after the Battle of Sauchieburn.  By 1503, the Earl of Bothwell was Lord High Admiral of Scotland, as well as custodian of Edinburgh Castle and Sheriff Principal of Edinburgh and Haddington. He had been one of the diplomats sent to conclude the treaty for the marriage of James IV with Princess Margaret Tudor of England, which laid the foundations of the United Kingdom a hundred years later. It was the Earl who stood proxy for the King at the ceremony of betrothal on 25 January 1502. He died in 1508 and was succeeded by his son Adam, who died with King James IV at the Battle of Flodden Field in 1513. 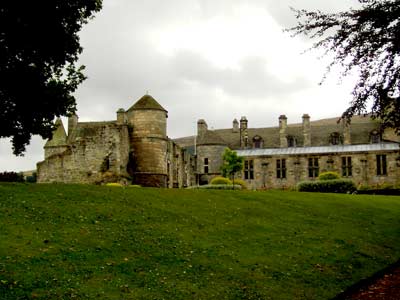 James IV and his son, James V, transformed the original castle at Falkland into the royal palace seen today. They employed French architects and craftsmen. Falkland Palace was the Stuart 'sporty' palace where they enjoyed their private time. When in residence, the Stuart monarchs hunted wild animals, practised falconry and played tennis. It was also the closest palace to St Andrews.

Falkland was one of Mary, Queen of Scots', favourite palaces, partly because it reminded her of the châteaux in France where she lived as a child and also because she played sport there.  As it happens, Mary's third husband was a descendent of the Earl of Bothwell. 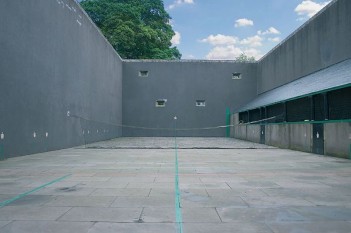 Falkland Palace Tennis Court, unaltered since it was built in 1539/1541

Falkland Palace has the oldest unaltered tennis court in the world. Built for James V, construction began in April 1539 and ended in late 1541. It is in use today.

James V was imprisoned here in 1528 by Archibald, 6th Earl of Douglas, until he escaped, disguised as a groom. He died at Falkland Palace 14 years later.

The palace was partially destroyed by fire after Thomas Cromwell’s troops billeted themselves there during his conquest of Scotland, which is why the east wing is in ruins. Falkland is managed by the National Trust for Scotland.

Falkland Golf Club is 200 metres from the castle on an open side and it is just possible that James IV or his successors, when they did not travel to St Andrews, played or practised in the area. 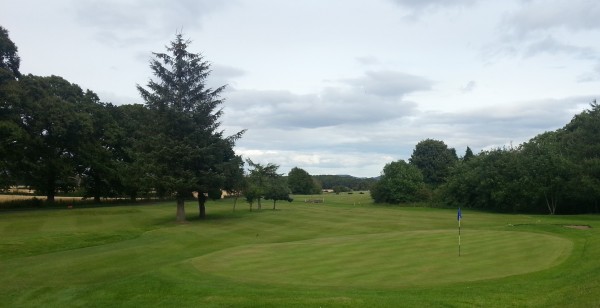 A warm welcome is guaranteed to all visitors' to Falkland Golf Club, originally opened in 1902 and rebuilt in 1975.  Falkland golf course is a 9-hole course, set in a farmland area known as the 'Howe of Fife'.